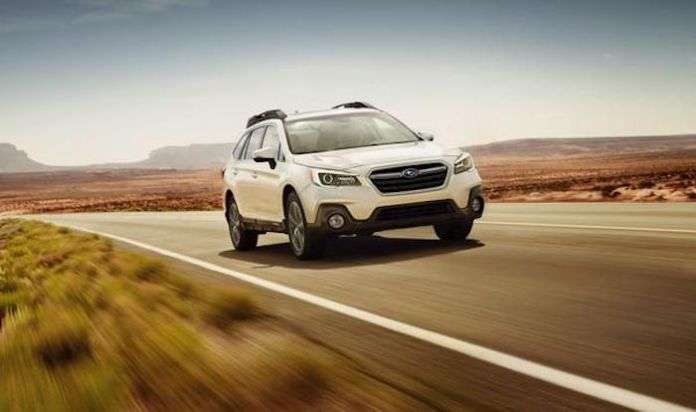 Hyundai Just Caught Subaru; Both Have 4 of the Safest Cars in America

Subaru and Hyundai have the most vehicles named top safety picks by the IIHS. What does it mean for consumers?
Advertisement

Automakers are stepping up their safety game and it’s good news for consumers. Subaru has been known for having safe cars for decades, now Hyundai has caught the small Japanese automaker in this important area. Both have 4 top safety picks according to the Insurance Institute for Highway Safety (IIHS) which does crash testing on vehicles in the U.S. IIHS says Subaru and Hyundai have the most Top Safety Pick+ awards for 2018.

There were just fifteen vehicles total earning the IIHS Top Safety Pick+ designation for 2018, and Subaru and Hyundai took home eight of the fifteen, leaving 7 other awards distributed between five other automakers.

Subaru has four cars on the list, which is not a surprise with their past safety history, the 2018 Impreza compact, WRX performance sedan, Legacy sedan and Outback wagon. Hyundai has two SUVs that got top honors, the 2018 Santa Fe and Santa Fe Sport, and two sedans from their luxury division, the Genesis G80 and G90. Kia is part of Hyundai right?

But wait a minute, if you count Kia in the mix, a sibling brand owned by Hyundai Group, doesn’t the South Korean automaker have six vehicles with the highest safety awards? Kia scored the Kia Forte compact, and Kia Soul compact crossover. But since the automakers are “sister” companies, they aren’t considered one giant company according to Integrity Hyundai. Even though Hyundai and Kia work together, they are separate companies operating under separate brand entities.

That leaves Mercedes-Benz with two vehicles getting top marks, the E-Class, and the Mercedes-Benz GLC SUV, Toyota had one top pick, the Camry sedan, BMW had one, the 5 Series, and Lincoln had the Continental.

It’s not easy to get the IIHS 2018 TOP SAFETY PICK+ award, the testing is more rigorous for 2018. Winners must not only perform well on crash tests, they must also offer advanced frontal crash prevention technology and score well with their headlights. Both Subaru and Hyundai come out on top with 4 vehicles each and it’s good news for consumers.

Subaru has been an industry leader in safety and has publicly stated, they want to be the overall safety leader. They continue their success with the 2018 Impreza compact, WRX performance sedan, Legacy sedan and Outback wagon. Hyundai Group is stepping up their game with four vehicles of their own with IIHS 2018 TOP SAFETY PICK+ awards, the 2018 Santa Fe, Santa Fe Sport, and Genesis G80 and G90 from their luxury brand.