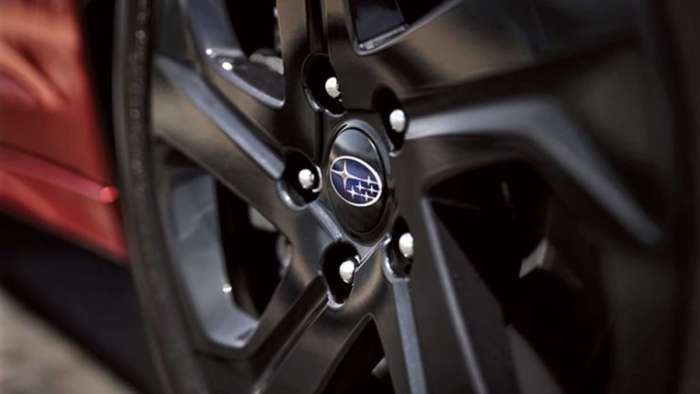 The 8 Most Common Subaru Problems You Should Know About

Every car brand has problems with their new cars, and there are some unique to each automaker. Here is a complete list of some recent Subaru Forester, Outback, Crosstrek, Ascent, and other new model problems, recalls, and lawsuits owners should know about. Subaru Report has covered each issue, and you can click on the red links below to get more information on the issue. 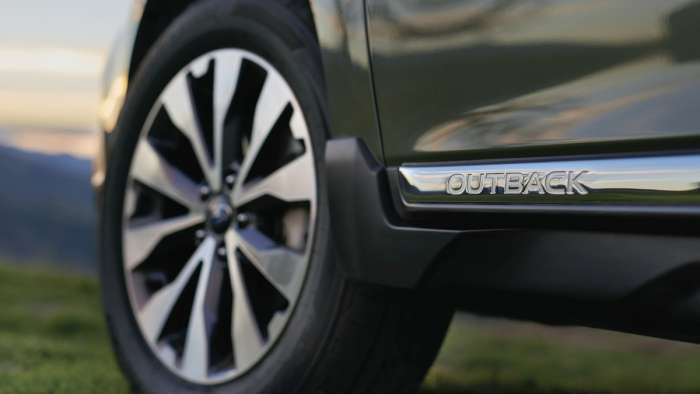 Denso used the defective "low pressure" fuel pump before July 2019 and began using the fuel pump with a higher density impeller filter after that date. Before this latest announcement, Subaru estimated about 4 percent of the models were affected. Subaru issued a recall for this problem.

What is the safety risk? The four Subaru vehicles equipped with a low-pressure fuel pump could fail, including an impeller manufactured with a lower density. Subaru says, "If the surface of the lower density impeller is exposed to solvent drying for longer periods, it may develop fine cracks. Those cracks may lead to excessive fuel absorption, resulting in impeller deformation.” 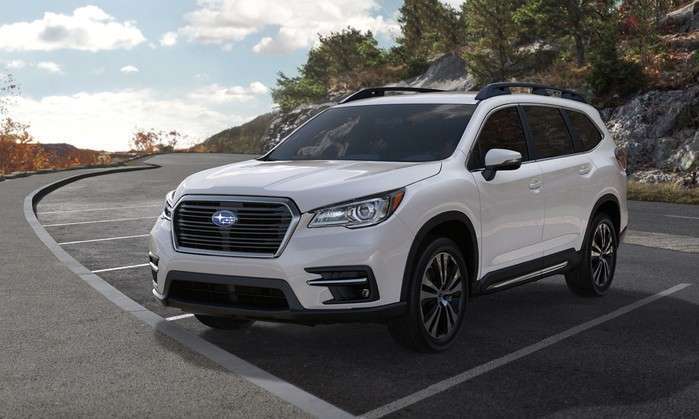 Subaru of America was hit with a class-action lawsuit concerning the Subaru Outback wagon and Ascent 3-Row SUV last year. The class-action lawsuit filed in April 2020 alleged 2016-2019 Subaru Outback and the 2019-2020 Subaru Ascent SUVs had problems with the batteries draining prematurely. According to the filing, the alleged defect may also be present in the 2020 Outback. 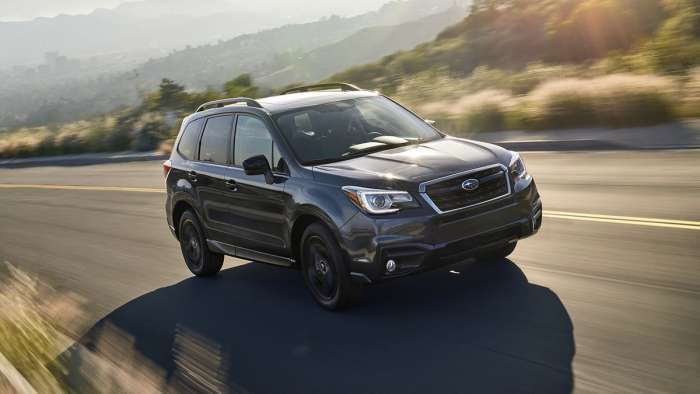 A class-action lawsuit against Subaru claimed certain Forester, Outback, and Legacy models suddenly accelerated without warning. The class-action claimed Subaru hid the defect and had known about the problem in these models since 2011. The lawsuit was filed in New Jersey federal court against Subaru of America. The Subaru Forester and Outback are the brand's top-selling models in North America.

Subaru Report had two stories involving a 2019 Subaru Outback slamming through a garage door and a 2017 Subaru Forester accelerated without warning.

The lawsuit was initially filed in June 2017 when a California woman who claimed her 2015 Subaru Outback developed a crack that had "spontaneously appeared" at the windshield base.

Some owners experienced several problems that include backup camera freezing/or shutdowns, loss of audio functions, complete system lockup, display shutoff, inability to shut radio/audio off or turn high volume level down when backing up, radio comes on at high volume when the car is turned on, smartphone favorites aren't saved, audio/radio functioning is erratic, touchscreen controls are unresponsive, and Bluetooth connectivity issues.

Subaru Ascent owners have reported to the National Highway Traffic Safety Administration (NHTSA) that they have had shifting problems. Drivers report feeling the vehicle hesitates, jerking or about to stall, and slipping of the continuous variable transmission (CVT) automatic gearbox.

Subaru of America recalled 76,842 2019 model year Ascent SUVs over a faulty sensor in the transmission. The hydraulic transmission sensor may inaccurately measure the hydraulic fluid pressure, and the Continually Variable Transmission (CVT) chain may slip in Ascent 3-Row vehicles.

What is the problem? Exposure to specific contaminants may cause the brake light switch to malfunction, preventing the brake lights from illuminating and preventing keyless ignition vehicles from starting and CVT/automatic transmissions from being shifted out of Park. 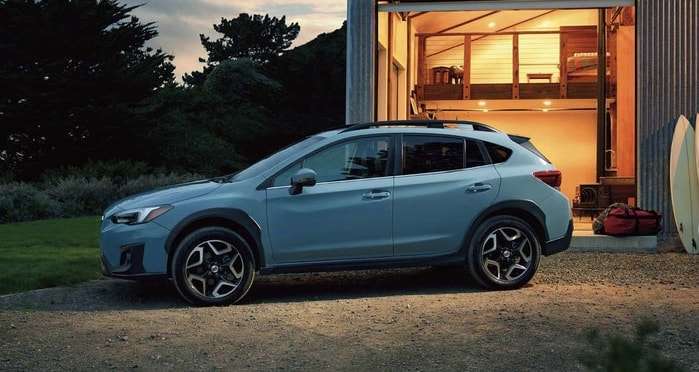 The NHTSA said the Engine Control Module (ECM) in both Crosstrek and Impreza may continue to power the ignition coil after the engine is shut off, which could result in a short circuit and a blown fuse. If a short circuit occurs while driving, the vehicle could stall, increasing the crash risk.

You Might Also Like: UPDATE Newer Subaru Outback, Ascent, Legacy Are Recalled For A Defective Drive Chain

Richard Melloh wrote on December 20, 2021 - 2:07pm Permalink
Our experience with Subarus has shown a consistent short service life for wheel bearings and brake shields. The cost of replacing these is high, due to the design of the systems, the cost of OEM replacement parts and cost of the significant amount of labor required to do the work. Wheel bearings are integral with complete hub assemblies, yielding a high cost. Need a new bearing? Buy a whole hub assembly. Brake shields are designed so the entire hub assembly must be removed to replace the brake shield. The quality of the metal used in OEM Subaru brake shields is poor, rust protection nonexistent. How hard would it be to galvanize such parts and save long term Subaru lovers many hundreds of dollars over the life of the vehicle? If I could buy galvanized or stainless steel brake shields, I would gladly spring for the extra cost. Hint to all Subaru owners: When replacing your junk wheel bearings, have the brake shields closely evaluated and replace them at the same time, if needed. This would be every Subaru owner in the Rust Belt.
mjs wrote on December 20, 2021 - 3:47pm Permalink
I definitely agree with you regarding the wheel bearing issue, Subaru quoted me about $500 for each one. Fortunately, I am not afraid to turn a wrench so I ordered a pair on-line for $70. It took me less than the time it would take for me to drive my car to the Subaru dealer and drive home. Basically, for about an hours worth of labor, I saved about $450. Keep in mind that the front CV boots don't last either since they are exposed to heat. You can get a repair kit from NAPA for about $30 and do this job in about an hour as well.
Robert Adams wrote on December 20, 2021 - 6:54pm Permalink
I experienced the wheel bearing failure and found that the parts are very expensive. I used OEM parts, but wondered whether the aftermarket are just as good or maybe even better. Doing it myself saved money. I did not notice the brake shield rusting excessively, but I live where salt is not needed or used on the roads.
Mike wrote on December 20, 2021 - 2:31pm Permalink
I have a 2016 Subaru Crosstrek that the power steering fails intermittently Have returned it to the dealer 8 times without resolution Subaru of America has been of no help in this issue I am very sorry that I bought a Subaru Treatment from the dealer and from SOA disgusting
Richard wrote on December 20, 2021 - 8:22pm Permalink
Clutch throwout bearing seizing is a common problem for years.
somebody wrote on December 21, 2021 - 4:24am Permalink
I had a 2011 Outback that was pretty meh. Leaking headgaskets at 115k, valve body issues causing stalling when braking, wheel bearings, throttle body issues, bad electrical relay, the same headlight would burn out every 6-12 months, the thinnest and least protective paint of any car I've owned, sway bar end links. I'm not sure how Subaru receives all of this positive press when they're literally known for blown headgaskets which they still refuse to acknowledge as a problem to this day. Oddly, after I got rid of the Outback I bought a VW Golf Sportwagen and it's been the most reliable car I've ever owned. 40k miles and not a single issue.
Richard Melloh wrote on December 21, 2021 - 8:47am Permalink
Oh yeah, I forgot to mention the constant need to keep extra headlamp bulbs in the glove box of our 2013 Crosstrek and our 2005 Legacy GT wagon, not just one bulb, but two. We have had double bulb failures, once in the middle of nowhere, at dusk, on a very long road trip. We learned of the failure when we turned on the lights in approaching darkness, forced to drive the last hundred miles on fog lamps and brights only. One also needs to keep a headlamp with good batteries in the car to change the bulbs in darkness, and the appropriate tool to remove the intake shroud, and a clean rubber glove to handle the new bulbs. That's a bit much to expect from the average car owner.
Sharon Estrada wrote on December 23, 2021 - 6:38am Permalink
We have Subaru Foresters 2009, 2014 and 2018. The 2009 Premium has constant headlamp failure, replacing them left today right tomorrow is a constant nightmare. Bearing issue is also frequent. The ac went out on this one when it was fairly new. The 2014 has the burning oil issue causing the constant need to check tand add oil quickly. The 2018 radio cannot be turned off or down when backing up which Ivread hear today isn't normal. When asked at the service center about these problems it's always first time I hear of this. Wow, we are not alone.
Roberto Lim wrote on December 21, 2021 - 10:52am Permalink
I owned a 2017 Subaru Impreza for a couple of years. Thankfully my extended warranty saved me from replacement of two - yes 2 - info system units b/c volume knob broke and replacement of rear bearings. Otherwise, car drove smooth... Side note: I don't know what other car makers are offering, but my two last car purchases have involved extended warranty purchases. It seems like car makers' business models offer short warranty durations on an already expensive car, then up-selling you a $3k extended warranty because they aren't making cars that last.