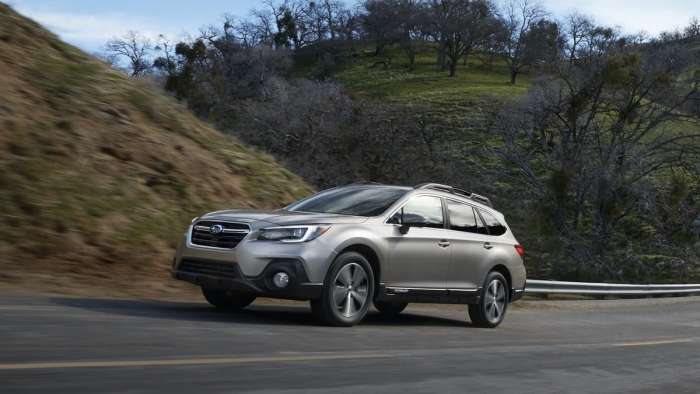 A new report says a newer Subaru Outback accelerated without warning and crashed through a garage door. Here is the latest update on Subaru's sudden acceleration lawsuit.
Advertisement

A woman driving a 2019 Subaru Outback says her midsize SUV accelerated suddenly and slammed into her garage door. The new report from CBS AZfamily News3 says Theresa Rawls was sitting in her 2019 Outback waiting for the garage door to open with her foot on the brake. Rawls says the vehicle lurched forward on its own, crashing into their garage. This is not the first report of a Subaru vehicle accelerating without warning.

"I was sitting in my car idling with my foot firmly on the brake. I always push the garage door opener, it's a big steel building, and I wait for the garage door to open fully. And when the garage door was just a third of the way up before I knew what was happening, it shot forward," said Rawls. 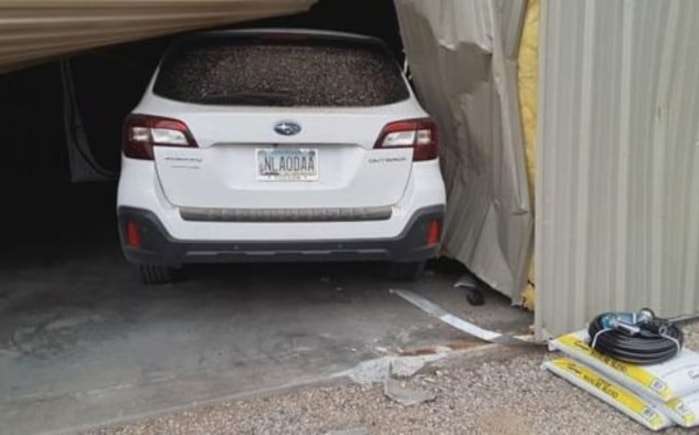 The first case was filed in a New Jersey federal court against Subaru in May 2020. According to a report from Automotive News (by subscription), the second lawsuit was filed with the U.S. District Court in Southern California on September 4, 2020. 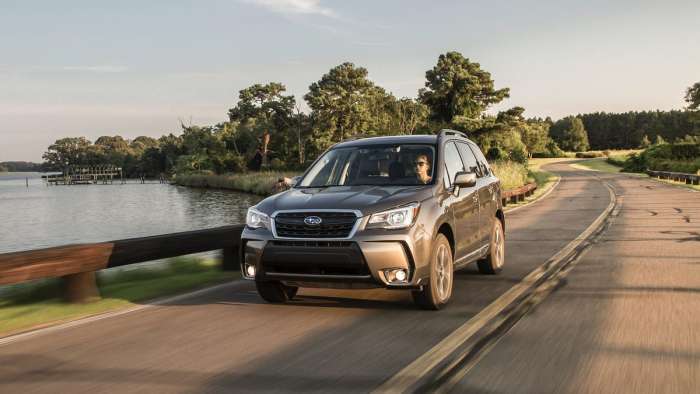 Subaru Report also published a story of a 2017 Subaru Forester that, without warning, accelerated and would not stop after leaving a car wash. The woman says she stepped on her 2017 Subaru Forester brakes several times, trying to stop the small SUV as it went through the back yards and fences. The vehicle hit a shed and a garage before coming to a stop.

What is causing the alleged unintended acceleration?

One theory is that the problem stems from electronic throttle control, or a problem with "the throttle position sensor, throttle body assembly, powertrain control module and circuit board allegedly malfunction, and the brake override system doesn't override unintended acceleration."

Several complaints have been reported with the National Highway Traffic Safety Administration (NHTSA) about speed control issues with some Outback and Forester models. There have also been numerous speed control complaints on Car Complaints and Car Problem Zoo websites about the Forester and Outback models.

Dominick Infante, Director, Corporate Communications, Subaru of America, told CBS AZfamily News3, "We are aware of the incident involving Ms. Rawls and her Subaru at her home, and our local retailer has been working directly with her. Ms. Rawls' vehicle was thoroughly and methodically inspected by trained Subaru technicians who did not find any defects in the vehicle that could have caused the incident she describes. We are not aware of a single confirmed case of unintended acceleration in a Subaru vehicle, ever."

If you own a 2012-2018 Subaru Forester, 2015-2019 Subaru Outback, or 2015-2019 Subaru Legacy and have experienced sudden and unintended acceleration, you can file a complaint with the NHTSA. Go to their website or call 1-888-327-4236. You can also submit your contact information with an attorney from Morgan and Morgan, and they will give you a free case evaluation.

Tesla Contemplates A New Strategy for China Retail even As Sales Boom
Jay Leno on Elon Musk & EVs: “I Think He Should Get ... Credit"
END_OF_DOCUMENT_TOKEN_TO_BE_REPLACED