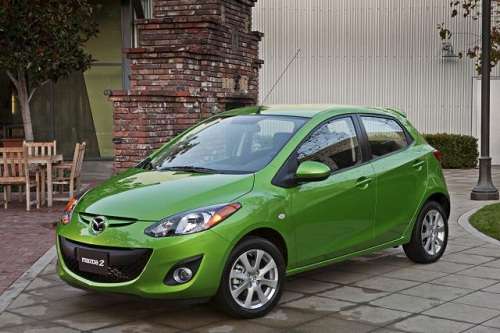 Mazda and Toyota team up to create an important new vehicle

Joining the huge shift in automotive manufacturing into Mexico, Mazda and Toyota have announced that they will produce a new vehicle in Mexico. The new vehicle will be a Mazda, based on the Mazda 2 sub-compact, and will be made in Mazda’s new Salamanca city, Guanajuato state factory. However, the new car will be branded a Toyota, and sold by Toyota’s dealership network. The joint venture expects to build and sell approximately 50,000 units per year starting in 2015.

Are Small Cars Even Important?
To understand how important to the two manufacturers this plan will be if successful one needs only look at the sales figures for the Toyota Yaris and the Mazda 2. Rounding off, the Mazda 2 sells about 1,000 per month, and the Yaris 2,000 units per month in the North American, US market. Thus, combined these two manufacturers have about 36,000 units of subcompacts being sold. This joint venture, if it succeeds, and these manufacturers have a proven track record of small car sales, would more than double their small car sales.

Background on Car Company Partnerships
Small cars have always been tricky for automakers in North America. To spread costs and risks small cars are the most common models made through collaboration. GM and Toyota famously teamed up to make Corollas, Matrix, and Pontiac compact cars in the Freemont, California NUMMI plant. That subcompact plant is now shut and is slated to be the home of the Tesla Model S supercar. Mazda for years collaborated with Ford. The underpinnings of their small cars were the same and generally successful for both manufacturers. Most recently, Toyota (Scion) and Subaru have teamed up to make a compact sports car some call the Toyabaru. The new car is a huge success by any measure.

Why Mexico?
Mexico has become one of the world’s largest manufacturing spots for automobiles. Expansion there is continuing at a hot pace. The topic is very political and many feel very strongly about it. Reader response to news stories published here has been passionate, and submitted in high volume. Nissan has been going strong into Mexico, as has Honda and other car manufacturers. GM builds Cadillacs and Buicks there, and some say it tried to hide that fact at the 2011 auto show. For more background and perspective on the subject simply click on the blue highlights in this paragraph.

Mazda and Toyota have a proven track record of success in building and marketing subcompact cars. Together they will be a force to be reckoned with.

Please note the photo is of a 2013 Mazda 2 shown for perspective only.