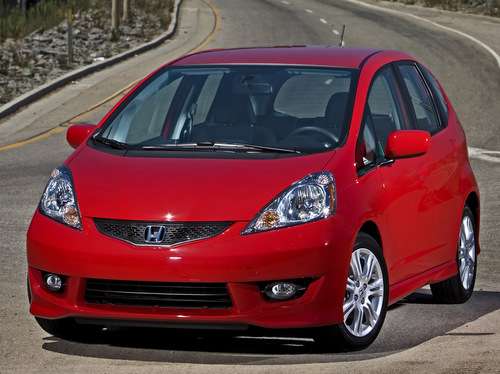 Honda to build plant in Mexico, to benefit in 2 ways

Honda has announced that it will build a plant in Mexico slated to open in 2014, hoping to escape unfavorable currency exchange rates and prevent future production stoppages from disasters like the Japanese earthquake in March.
Advertisement

Honda has announced that it will be building a plant in Mexico, in the centrally-located state of Guanajuato. Although Honda is declining to say whether this is an opportunity to increase global production or simply relocate operations out of Japan, rumor has it that Honda will manufacture the subcompact Fit hatchback at the plant for U.S. distribution. Honda builds the Fit entirely in Japan and then exports it into the US, which is costly, and, due to constantly-changing currency exchange rates, a profit gamble. "None of our exported models is eking out a profit," said executive Fumihiko Ike, after Honda's forecast models were based on an exchange rate of 80 yen to the US dollar, whereas the current exchange rate is 76.25 yen to the US dollar.

Honda will spend $800 million building the plant, with plans to open it in 2014 to employ 3,200 workers. It will be the eighth plant Honda has built on the North American continent, and Honda expects that its North American production will increase to 1.83 million vehicles annually, from 1.63 million currently. Of all the vehicles sold in the United States, Mexico, and Canada, Honda says 87% of them are built in those three countries.

This is a risky move for Honda, as it has suffered not only from the change in currency exchange rates, but the March 11 earthquake, from which Honda just recently announced full recovery. Sales in the US have dropped 10 percent, largely because of the earthquake. Other monkey wrenches thrown in Honda's operations are the Civic's recent drop from Consumer Reports' 'recommended' list, and a global recall of 2.5 million Accords, Pilots, and Odysseys to fix a computer software problem. In short, Honda has a lot of cards stacked against it right now. However, putting their eggs in more baskets is a good idea for Honda, according to Edmunds.com analyst Bill Visnic, as it will not only have to rely less on its Japanese plants in the event of a future natural disaster, but will benefit from lower labor rates and parts costs in Mexico.

Anonymous wrote on September 11, 2012 - 9:33pm Permalink
Whelp, looks like the quality is about to swirl down the toilet faster than Montezuma's Revenge