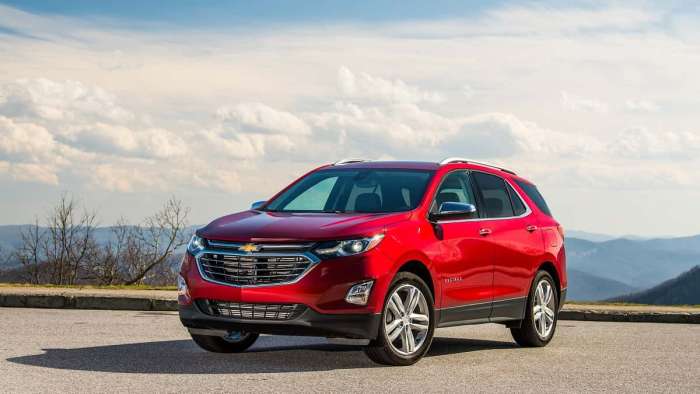 GM's crossovers, the Equinox and Terrain, have impressive sales.
Advertisement

Lost amid the reporting that GM's truck models have dropped a bit in sales during a prolonged strike year, is very good news for GM. The company's two main brands, Chevy and GMC are doing very well in the most important non-truck segment, the compact crossover class. So well, they are actually in number two overall in America. 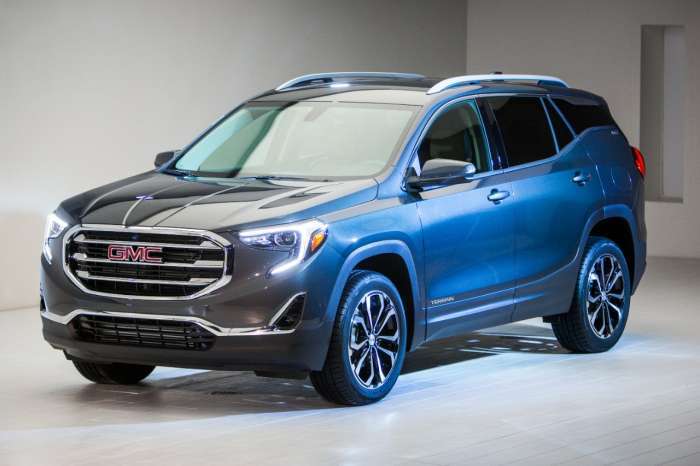 GM Sales - GMC Terrain and Chevy Equinox
The Chevy Equinox is by far GM's second most important nameplate after Silverado. This vehicle competes - and competes very strongly, in the most important family vehicle class in America. Sedans have not gone away yet, but they have yielded significant sales volume in the family segment to crossovers. And specifically crossovers the same size and shape as the current Equinox and Terrain. In 2019, Chevy sold 346,048 Equinox crossovers and GMC 101,470 Terrain crossovers. The total of these two crossovers is 447,518 units. 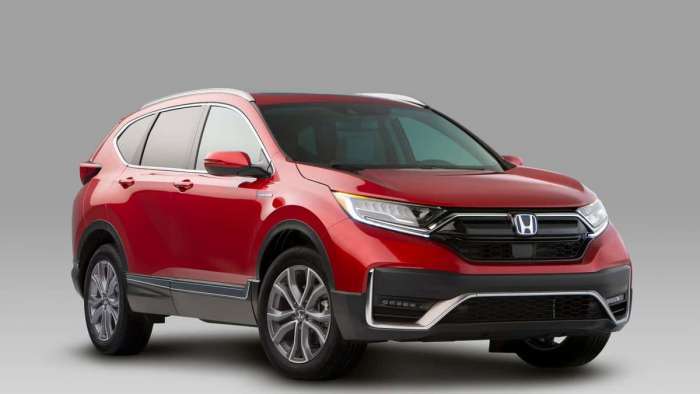 GM Crossover Sales vs Competitors
Compare that to Honda/Acura's total sales of CR-V and RDX sales of 447,044. Surprised? GM is ahead in this vehicle segment without even counting its Buick and Cadillac crossovers. Nissan/Infinity sold 369,063 Rogues and QX50s.

Ford is way behind with sales of its Escape (which was in its last model year) at just 241K Escapes and Jeep sold 191K Cherokees. Only Toyota is ahead of GM in America with regards to the most important family vehicle.

GM Sales - Strike Impact
GM's 40-day strike didn't help its sales. Teamsters would not even deliver vehicles from factories to dealers during the strike action against GM. Still, GM managed to be second in the most critical family vehicle segment of our time.

GM Equinox and Terrain Fast Facts
The mainstream Chevy Equinox starts at around $25K and the near-premium Terrain at about $28K. Both offer turbocharged engines and optional AWD. The 2020 Equinox is an IIHS Top Safety Pick. Both vehicles offer outstanding infotainment packages which include Android Auto and Apple CarPlay.

John Goreham is a life-long car nut and recovering engineer. John's focus areas are technology, safety, and green vehicles. In the 1990s, he was part of a team that built a solar-electric vehicle from scratch. His was the role of battery thermal control designer. For 20 years he applied his engineering and sales talents in the high tech world and published numerous articles in technical journals such as Chemical Processing Magazine. In 2008 he retired from that career and dedicated himself to chasing his dream of being an auto writer. In addition to Torque News, John's work has appeared in print in dozens of American newspapers and he provides reviews to many vehicle shopping sites. You can follow John on Twitter, and connect with him at Linkedin. You can find most of John's stories at Torque News Toyota, Lexus and GM News coverage. Search Torque News in Google for daily automotive news analysis from experienced and expert automotive reporters.

Digitaldoc wrote on January 15, 2020 - 11:00am Permalink
I looked into buying an Equinox for the 2.0t engine. While it looked ok on paper, I found the interior very cheap and plasticky compared to competitors. While CR rated the vehicle as average for reliability, going through forums told a different story with tons of mechanical issues, engine problems, and dealers not able to address the concerns. I ended up moving on to other choices. Let's hope the next gen is more reliable.