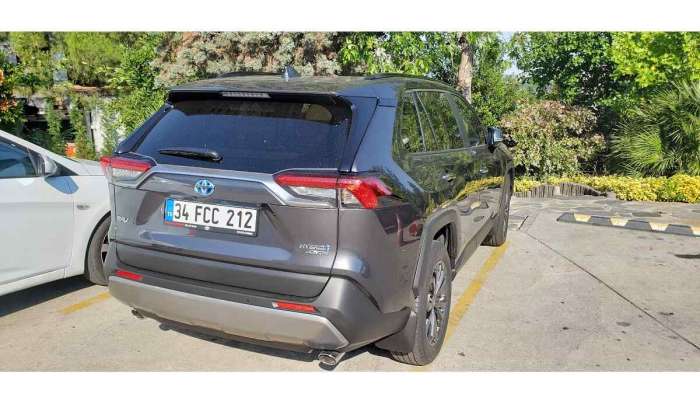 Europe’s Most Populous City Has Virtually No Electric Vehicles

Europe is gaining a reputation as a leading EV market, but its biggest city by population still presents a huge opportunity.
Advertisement

Europe’s electric vehicle adoption is very spotty. There are cities in Europe where EV adoption has gone so far as to have Low Emission Zones. These are urban zones in European cities where only the least polluting vehicles are allowed on the roads. France was an early adopter and has had LEZs for years. By contrast, Europe’s largest city by population, Istanbul in Türkiye, has virtually no electric vehicles. What is our primary source? First-hand observation.

When Americans think of Europe, they often think of Western Europe. France, Germany, Italy, Spain. Maybe some of the smaller countries and perhaps the Scandanavian countries like Sweden and Finland. You get the idea. However, Europe is a very large and old place, and had a big head start on the “New World” when it comes to cities. Its largest city by population is Istanbul. The city comprises two portions, with about 2/3s of its population on the European side of the Bosphorus.

Türkiye is a modern country, and Istanbul is also a modern city. During a recent visit, I was keen to check out which EVs were the most popular. Would Tesla dominate? Would GM and Nissan have affordable EVs in abundance? Would there be any unusual EVs, perhaps imported from China or domestically made? The answer is easy. I spent four days in Istanbul and was out and about exploring the city each day. I didn’t see any battery electric vehicles at all. And I saw zero EV infrastructure.

What Türkiye has in abundance are diesel-powered cars, vans, and small commercial trucks, and the city is the most vehicle-dense I have ever experienced. I’ve been to New York, London, and Tokyo many times.

By contrast to Türkiye’s lack of BEVs, electric scooters, e-bikes, and electric runabouts with two, three, or four wheels are everywhere. They sell e-bikes in bookstores they are so popular. The folks who reside there are entirely woke to the value of electric transportation. There adjust aren’t any battery electric vehicles.

Toyota is a popular brand in Türkiye, and I saw (and photographed) RAV4 Hybrids and Corolla Hybrids, but surprisingly didn’t see many Prius cars while visiting the country for 17 days.

The largest city in Europe presents a huge opportunity for EV growth. It also offers a reality check on global battery-electric vehicle progress so far.

Tesla Contemplates A New Strategy for China Retail even As Sales Boom
Jay Leno on Elon Musk & EVs: “I Think He Should Get ... Credit"
END_OF_DOCUMENT_TOKEN_TO_BE_REPLACED