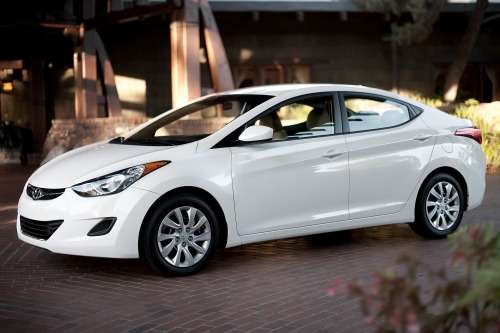 Hyundai has announced the recall of certain Elantra models because headliner support brackets may become displaced during airbag deployment.
Advertisement

Affected by the recall are 186,254 model year 2011-2013 Hyundai Elantra vehicles, manufactured from November 12, 2010 through March 5, 2013. According to the National Highway Traffic Safety Administration, certain support brackets attached to the headliner may become dislodged during side airbag deployment. As a result, the headliner support may come in contact with the occupant during a crash, causing a laceration injury.

Hyundai will begin notifying owners of the recall in May 2013. Authorized Hyundai dealers will apply adhesive strips to the headliner at no cost to the owner. In the meantime, Elantra owners can call Hyundai at 1-800-633-5151. Hyundai’s recall campaign number is 109. Concerned drivers may also contact the National Highway Traffic Safety Administration’s Vehicle Safety Hotline at 1-888-327-4236 or visit www.safercar.gov.

The recall stems from last year’s federal investigation, which looked at 2011-2013 Hyundai Elantra models. The probe was launched after the NHTSA received a complaint that an improper driver-side curtain airbag deployment resulted in the laceration of a driver’s ear. An investigation of the owner’s 2012 Elantra found that the vehicle’s headliner assembly detached and was forced downward by the deploying airbag. Consequently, the displaced metal bracket cut part of the driver’s ear and caused other undisclosed injuries. It is the only case of personal injury related to the recall.

Hyundai also conducted several static deployment tests of its own in an attempt to replicate the field incident. In one test, the metal bracket detached from the headliner, but the exact field test condition could not be replicated. Hyundai’s testing also failed to explain why the metal bracket became dislodged.

The Hyundai Elantra airbag recall comes in the midst of a larger brake light recall that involves over 1.6 million Hyundai and Kia vehicles. The vehicles in question may suffer from a brake lamp problem, which may send incorrect signals to the car’s electronic brains. As a result, the bad signals can cause the gear selector to become stuck in “park” and could disable the push-button engine start feature.

Unlike the airbag deployment recall, Hyundai will begin notifying owners of the brake lamp recall in June 2013. Hyundai’s recall campaign number is 110.