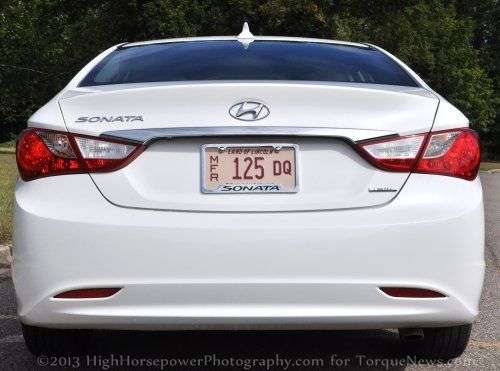 Hyundai and Kia have announced a joint recall of over 1.6 million vehicles here in the United States due to an electrical issue that can cause a variety of problems ranging from the brake lights not working to no-start conditions to the inability to shift out of park.
Advertisement

This recall campaign for Hyundai and Kia actually began in Canada, where officials received nine complaints of brake light switch problems. This recall follows up to a similar campaign that both Hyundai and Kia issued in 2009 for the same problem but the nine complaints received by the Canada authorities fell outside of the range of recalled vehicles included in that previous campaign.

The recall repair for these 1.683 million Hyundai and Kia vehicles is simple as the dealership will just replace the brake light switch with the newest version. The problem is that with so many vehicles being recalled, Hyundai and Kia do not have all of the parts on hand right now. Because of that, Hyundai plans to formally launch the recall in June while Kia will make the call for those vehicles to return in May – at which point they expect to have enough new brake light switches to fix all of the affected vehicles.

Concerned owners of the Hyundai vehicles can contact Hyundai at 1-800-633-5151 and inquire about recall campaign number 110. Kia owners can also call the company for more information at 1-800-333-4542 for recall campaign number SC098. Owners of all recalled vehicles can also contact the National Highway Traffic Safety Administration Vehicle Safety Hotline at 1-888-327-4236.

LG's New EV Battery Plant Is a Welcome News for Tesla
Tesla Giga Berlin's New Hurdle: It's Not Only the Gov't, but Now Tesla Itself
END_OF_DOCUMENT_TOKEN_TO_BE_REPLACED