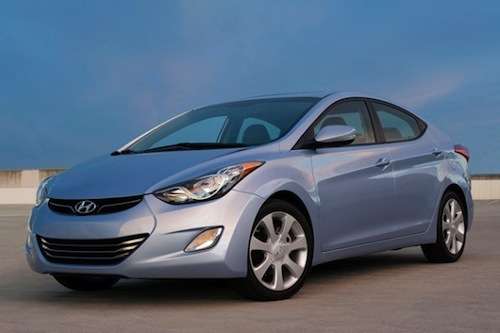 The NHTSA has just expanded its investigation of 2012 Elantra models to also include 2011 and 2013 vehicles.
Advertisement

Federal safety regulators have expanded an investigation into an air bag problem with the 2012 Hyundai Elantra. Originally launched in May, the updated probe will also include 2011 and 2013 Elantra models, according to the National Highway Traffic Safety Administration.

Aside from adding two model years, the NHTSA also announced that the investigation has been upgraded to an engineering analysis, which is one stage closer to a recall.

The NHTSA initially began examining a possible air bag defect due to a complaint that the side air bag in a 2012 Elantra cut a driver’s ear in half when it deployed. According to the grievance, a piece of loose metal was launched from the vehicle’s side air bag when it deployed, severing the driver’s ear. In total, the NHTSA investigated 123,000 model year 2012 Elantras, 75,000 of which were sold in the U.S.

Despite the severity of the complaint, Hyundai argues that is an isolated incident. In May, the automaker told the AP that it “has no other reports of injury from side curtain air bag deployment in 2012 Elantras.”

Although an air bag recall appears likely, the Elantra has been exempt from safety recalls in recent years. In fact, there has not been a single recall on any 2010 through 2013 Elantra.

The last Elantra vehicle to be affected by a recall was the 2009 model, which was recall in March 2011. In total the recall affected over 188,000 2007 to 2009 Elantras. Interestingly, the recall involved an air bag defect. Specifically, affected vehicles contained a faulty sensor/control module defect that may lead to improper air bag deployment.

Aside from the Elantra, Hyundai also announced a substantial air bag recall on Santa Fe and Sonata vehicles in July 2012. The recall, which affected over 220,000 vehicles, was the result of a faulty occupant classification system (OCS), which is used to classify vehicle occupant types.

A perennial favorite amongst consumers, the Elantra was named the 2012 North American Car of the Year in January. The 2012 Elantra beat out a slew of new vehicles, each of which were analyzed by a jury of 50 independent North American automotive journalists.

The Elantra was also named the world’s second best-selling nameplate with over 1 million vehicles sold in 2011, according to a Forbes magazine study released in January. The Elantra was bested only by the Toyota Corolla.

Stay tuned for more information as the NHTSA continues its investigation.