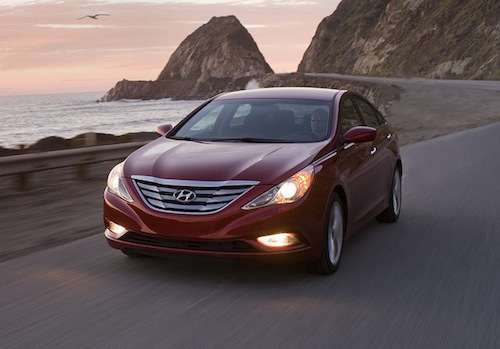 Hyundai Motor Co. is recalling over 220,000 Santa Fe and Sonata models over airbag concerns. The Santa Fe recall affects just over 199,000 model year 2007 through 2009 vehicles manufactured from April 19, 2006, through July 7, 2008. According to the National Highway Traffic Safety Administration, select Santa Fe SUVs may contain a faulty occupant classification system (OCS), which is used to classify an occupant type into an adult, a child, a child seat, or as an object. The recall notice states that improper classification may result in improper airbag deployment, thus increasing the risk of injury in the event of a crash.

The Sonata recall pertains to 22,512 model year 2012-2013 sedans manufactured from January 24, 2012, through June 21, 2012. While the Santa Fe recall affects the OCS, the Sonata recall addresses side curtain airbag concerns. Specifically, select side curtain airbags may inflate without deployment due to a manufacturing error. Not surprisingly, unexpected airbag inflation increases the risk of injury to the vehicle’s occupants. Additionally, the driver’s view may be limited, which increases the likelihood of a crash.

Hyundai is expected to begin notifying Santa Fe and Sonata customers in August 2012. Santa Fe owners will receive a free classification software update, while Sonata drivers will receive side curtain airbag replacement, free of charge. In the meantime, customers can contact Hyundai at 1-800-633-5151. Concerned drivers may also contact the National Highway Traffic Safety Administration Vehicle Safety Hotline at 1-888-327-4236 or online at www.safercar.gov.