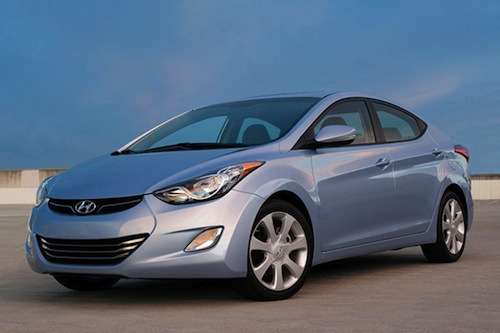 A lawsuit has been launched against Hyundai claiming that its ads touting the "40 miles per gallon Elantra" are misleading.
Advertisement

A lawsuit has been filed against Hyundai Motor America claiming that it deceived customers in regard to gas mileage claims. The claim, which was filed in Sacramento Superior Court, alleges that the automaker’s ad for its Elantra model was disingenuous because it included the phrase “The 40 mile per gallon Elantra.”

Filed by Consumer Watchdog and Cuneo Gilbert and LaDuca, LLP, the lawsuit also accuses Hyundai of attempting to manipulate customers concerned about escalating gas prices and fuel economy. Although the Elantra may average 40 mpg during ideal highway driving conditions, it does not achieve that same figure under most other driving scenarios. Hyundai’s advertisements for the 2011 and 2012 Elantra models caused tens of thousands of California drivers to purchase the vehicle under false pretenses, says Consumer Watchdog.

"I feel like Hyundai took advantage of me. Hyundai's advertisements about the '40 MPG' gas mileage of the Elantra instantly caught my attention. I bought the car thinking I would be seeing major savings at the pump and getting over 500 miles per tank, but Hyundai fooled me," said Louis Bird of Sacramento, California, a 2011 Elantra owner.

Bird, who is representing other customers in the lawsuit, went on to say, "I have not saved any money on gas and have been driving the Elantra for well over a year now. It is frustrating and disappointing. I never would have bought the Elantra in the first place if I hadn't seen Hyundai's ads boasting about gas mileage."

The complainants are seeking an undisclosed amount in financial restitution on behalf of slighted customers. Additionally, the lawsuit looks to stop Hyundai from falsely using gas mileage figures without government-mandated disclosures.

"Hyundai used the '40 MPG' figure in a deceptive manner in order to differentiate the Elantra from similar vehicles, an especially egregious tactic during a time when consumers are looking for relief from continually rising gasoline prices," said Laura Antonini, staff attorney for Consumer Watchdog.

William Anderson, attorney for Cuneo Gilberts and LaDuca, LLP added, "Car companies are required to disclose certain information when mileage estimates are provided in their advertisements and Hyundai ignored the rules."

The timing of the lawsuit comes just several months after a Honda Civic hybrid owner brought a class action lawsuit against Honda, claiming that it mislead her by claiming the Civic hybrid could get up to 50 mpg. Although the plaintiff, Heather Peters, was originally awarded $10,000 in damages in small claims court, an L.A. County judge reversed the decision in May, ruling in favor of Honda.