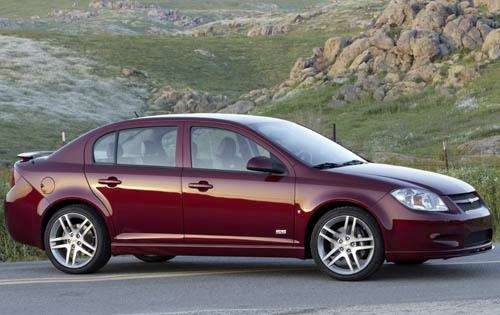 According to the NHTSA, the fuel leakage issue may pose a fire risk for GM owners.
Advertisement

Affected vehicles possess a condition in which the fuel pump’s return port may crack, causing a fuel leak. When coupled with an ignition source, fuel leakage may spark a fire, according to the National Highway Traffic Safety Administration.

Although the NHTSA received the recall report on Sept. 19, GM has yet to provide a customer notification schedule. That said, GM should begin notifying owners of the recall shortly. Affected models will receive a new fuel pump module, free of charge. In the meantime, customers may contact GM at 1-800-521-7300 or the NHTSA’s Vehicle Safety Hotline at 1-888-327-4236. GM’s campaign number is 12190.

This week’s safety recall comes just a week after GM announced a massive recall of over 426,000 vehicles. The recall concerned select model year 2007-2010 Saturn Aura and 2008-2010 Chevrolet Malibu and Pontiac G6 vehicles. The affected models were recalled due to a transmission problem that causes the vehicles to roll when they are supposed to be in park.

Fire-related recalls have not been uncommon for GM in recent months. Last month, the automaker issued a substantial recall on over 250,000 Chevrolet, GMC, Buick and Saab SUVs over door fire concerns. Furthermore, GM also issued two separate recalls on the 2013 Ford Escape due to fire risks.

LG's New EV Battery Plant Is a Welcome News for Tesla
Tesla Giga Berlin's New Hurdle: It's Not Only the Gov't, but Now Tesla Itself
END_OF_DOCUMENT_TOKEN_TO_BE_REPLACED