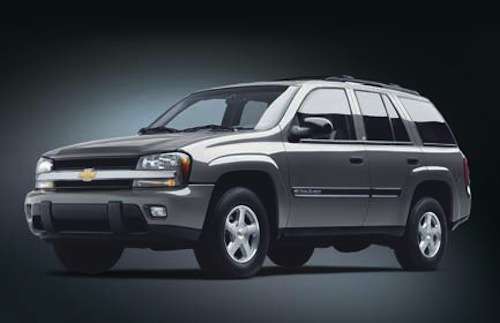 The recall stems from the NHTSA door fire probe, which was launched in February 2012.
Advertisement

General Motors Co. and Isuzu have announced the recall of 249,260 mid-size SUVs in 20 states and the District of Columbia over power door lock issues that may lead to fires. According to the National Highway Traffic Safety Administration, unwanted fluid may enter the driver’s door module, leading to corrosion. This corrosion may result in a short in the circuit board, which may cause power window and door lock failure. In worst-case scenarios, the short may melt electrical components, creating odor, smoke, and a possible fire.

Fires have been reported in door modules, but no fires have spread beyond the vehicle interior, according to GM. Despite the fires, no crashes or injuries have been linked to the defect. There have been 167 reports and 698 warranty claims issued in regard to the problem, says GM. Additionally, the NHTSA specifies that it has received 83 complaints, 66 of which claim the door module melted, and 17 that indicate the window switches malfunctioned. Most disconcerting is that 28 reports point out that the issue led to driver door fires, some even happening when the vehicle was not in operation.

The genesis of the recall dates back to February 2012 when the NHTSA first launched an investigation into door fire concerns pertaining to 2006-2007 Chevrolet Trailblazer models. The probe was originally opening into more than 309,000 vehicles, but was expanded to include over 341,786 SUVs in June. Interestingly, GM no longer makes any of the potentially affected vehicles.