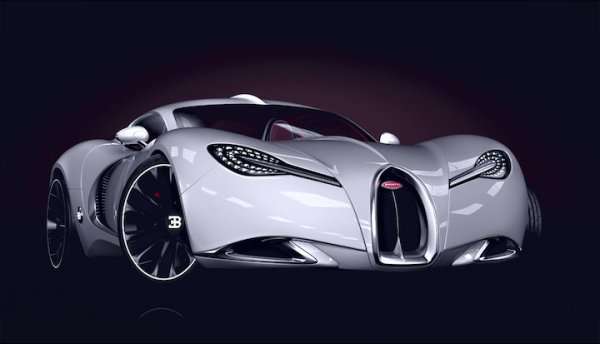 Bugatti Veyron Successor To Do 0-60 in 2 Seconds

Topping the world's greatest supercar is no easy task. Bugatti thinks they can do it and says their new concept will do zero to sixty miles per hour in just two seconds.
Advertisement

The Bugatti Chiron concept, expected to debut in 2016, has been the subject of much speculation since the Veyron neared its sales and production completion. Now that the Veyron is finalizing production as the last of the orders are filled, that speculation is getting hotter. Introduced in 2005, the Veyron was the most powerful street-legal car ever produced and still holds the record for the highest top speed of any street-legal production car. With the Bugatti Veyron going out to pasture, however, the supercar maker is faced with the task of coming up with a vehicle that can top the impressive credentials of the Veyron.

To assume that Bugatti has been sitting on its laurels for the past decade would be folly, of course. They've no doubt been hard at work figuring out how to tune, re-tune, lightweight, stiffen, and all that other stuff that goes with taking a good idea in automotive and making it better and better.

Rumors about the Chiron have ranged the gamut of performance expectations, with the most persistent coming from outlets like Automobile magazine, which have said that the Chiron will be lighter than the Veyron and produce a massive 1,500 horsepower (give or take) to boot. We can expect that the car will be mid-engined, as was its predecessor, and will hold the usual Bugatti mystique. The latest rumor is that it will do 0-60 mph in a mere 2.5 seconds. Obviously, handling and performance requirements for that kind of power and speed are objects of much focus at Bugatti if those numbers pan out.

The engine is likely to be a turbocharged.. no, wait.. make that QUAD-turbocharged W16 utilizing direct fuel injection. A W16, for those who don't know, is a sixteen-cylinder V-and-a-half engine (heads are shaped like a W instead of a V). This powerplant, which most modern automotive geeks would assume is really only for things like ships and specialized machinery, can output over 1,000 horsepower without breaking much of a sweat. What's more important, though, is that it can produce massive amounts of torque as well. Most of these details, which were first leaked in Automobile and have since been (vaguely) confirmed by CAR, are either what Bugatti is aiming for or are what they hope to get.

Bugatti hasn't confirmed or denied any of the speculation about the Chiron. Even the shape of the car is up for debate, as the most-often seen above conceptual is actually just that: a conceptual. It's not even one of the Chiron itself, but of another concept floated in images called the Gangloff and created by Pawel Czyzewksi and named after a classic Bugatti, the Type 57 Gangloff.

Whatever the outcome, it must be a source of real debate at Bugatti who may be able to eke another ten years out of a new car design, if it's great enough, but will then be faced, once again, with the prospect of having to top themselves.. again. On the whole, of course, having a conundrum like that is better than the alternative faced by most automakers, which seems to rely more on "how to make it cheaper" than anything else.

Parks McCants wrote on May 6, 2015 - 12:04am Permalink
Chiropractor anyone? Astounding!