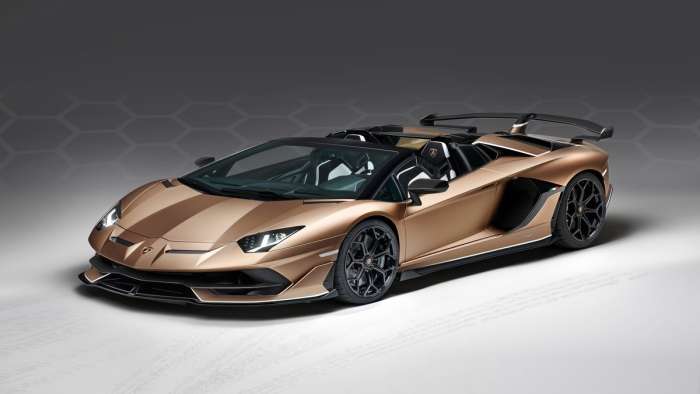 Volkswagen's plans to move to an electric future is causing a shake up in the company. Now a report citing unnamed VW executives puts the future of its Lamborghini and Bugatti Brands in doubt.
Advertisement

In a report Reuters published citing anonymous sources from within Volkswagen, the company is evaluating the future of its high-performance brands Lamborghini and Bugatti. According to the report, Volkswagen’s desire to electrify its fleet has executives wondering whether it’s worth the effort to design an electric platform for these low volume cars.

Another brand that is on the chopping board is Ducati. The high-performance motorbike brand is famous for embarrassing multimillion-dollar hypercars off the line. Last year Ducati sold 53,00 superbikes but, this number still was not enough to save it from the restructuring chatter.

The fate of the three brands is currently unclear but according to the executives Reuters spoke to, everything from restructuring, to complete sell of these brands is being considered.

However, this is not the first time we heard these rumors. A few weeks back reports started to circulate saying Volkswagen is considering selling its Bugatti hypercar brand to Rimac. In the transaction, Rimac would take Bugatti under its name and VW would get a 49 percent stake in the combined company.

Rimac is the all-electric hypercar manufacturer out of Croatia. Volkswagen currently holds a 15% stake in the company through its Porche subsidiary. And if the deal goes through it will mean yet another expansion for VW’s plans to electrify its fleet. 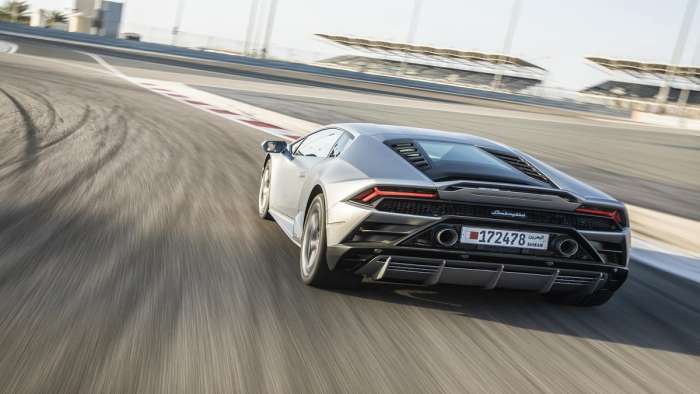 As for Lamborghini, the details of how it will be restructured or to what company it will be sold is yet unclear. But the company faces an onslaught of new competition from electric car brands Tesla and Lucid.

Tesla recently announced the plaid version of its Model S sedan. This is a 4 door family sedan that does 0 to 60 in under 2 seconds, has 200 miles per hour top speed, and does the quarter-mile in less than 9 seconds. And all for $140,000, a fair price for supercars.

On top of this, the prototype was able to finish a lap in the Laguna Seca raceway in 1:30:3. this is almost equal to the Lamborghini Hurucan Performante which finished a lap in 1:30:1. And Tesla CEO Elon Musk says they will get the number down to 1:27 by the time the car launches towards the end of 2021.

If this comes to be true, Lamborghini will have a hard time justifying the several hundred thousand dollars it asks for its cars. And given this reality, Volkswagen’s decision to revaluate its Lamborghini future is understandable.

So what do you think? Should Volkswagen keep its high-performance brands just for the heritage? Or should the company offload its Lamborghini and Bugatti subsidiaries and move to an all-electric future? Let me know your thoughts down in the comments below.

DeanMcManis wrote on September 30, 2020 - 1:42pm Permalink
Nobody is EVER going to cross-shop a Bugatti with a Tesla. It has always been exciting to see Tesla’s performance models get better and faster over the years. And the Lucid prototypes have shown that they can be amazingly quick as well. Lucid has been clear though that their buyer’s targets are Mercedes S-Class, and other luxury sedans in the $80K-$200K market. Rolls Royce, Lotus, and Lamborghini have shown off fantastic EV prototypes that they could put into low volume production easily. Exotic/hypercars are always on the chopping block during a recession or similarly hard economic times, and since Tesla and Lucid are in the news for their ever-quicker EV rockets, they make a visible target for traditionalists to blame for unrelated business downturns or transitions.
Tinsae Aregay wrote on September 30, 2020 - 1:56pm Permalink
If the plaid Model S can achieve this numbers imagine what the Roadster will do when it comes out in 2022