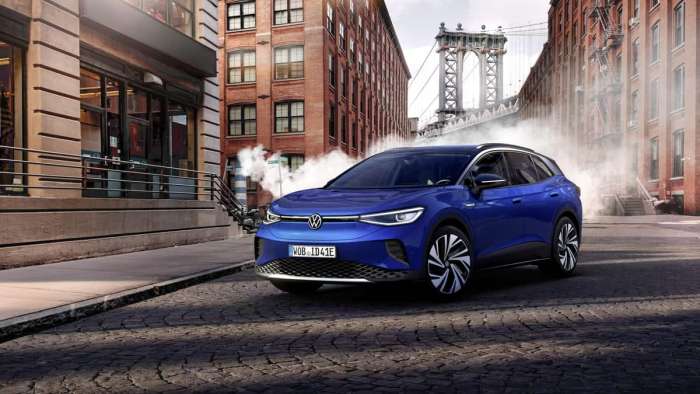 Volkswagen finally unveiled their all electric crossover SUV, ID.4. And in what was a surprise, it comes in under 65 percent the price of the Model Y after incentives.
Advertisement

Volkswagen has finally taken the wraps off their new all electric crossover SUV, the ID.4. The company has called this launch their most important since the Volkswagen Beetle back in 1945. The base, ID. 4 pure edition, starts at $39,995 or $32,495 after the $7,500 federal tax credit. This version will come to market in early 2021.

The price was a surprise, starting $18,500 below Tesla’s comparable Model Y crossover. The Model Y starts at $51,100, after adding the mandatory delivery and doc fees. But according to Elon Musk, a cheaper rear wheel drive version is in the works.

The tax credit is also going to start being phased out for VW once the company delivers 300,000 EVs in the US. But, by then VW has a plan to Start making the ID.4 in their plant in Chattanooga, Tennessee. The plant is currently undergoing an 800 million dollar expansion and should start producing ID.4s sometime in 2022. The company believes this will bring the US starting price down to $35,000 without tax incentives.

The specs are, 250 miles EPA estimated range, 8.2 seconds 0 to 60. 125 kilowatt DC fast charging, 82 KWh battery, 201hp and 228lb ft of torque. But a more powerful, dual motor all wheel drive version is in the works. This version is expected to have two motors with a combined output of 302hp and will be available for sale in spring of 2021.

The first versions of the ID.4 to come to market in 2020 are the ID.4 1st and 1st max. These version standards will have a panoramic roof, 12-inch touch screen, 20-inch alloys and “interesting” play and pause pedals. 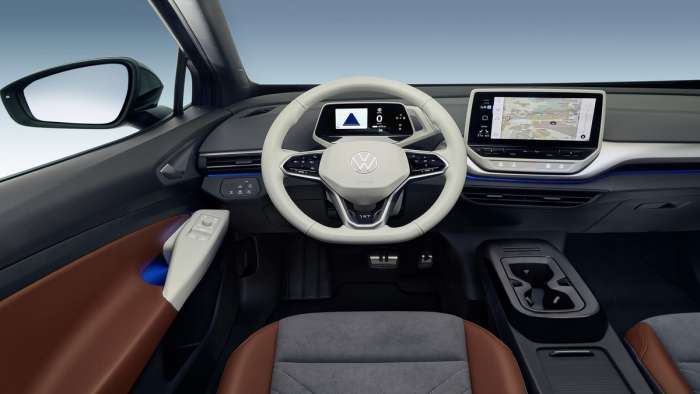 Thanks to a partnership with electrify America, the ID.4 will also have 3 years of unlimited fast charging. Even though not as wide ranging and easily accessible as Tesla’s superchargers, this should be enough to alleviate range anxiety of most consumers.

If we go just by the specs the ID.4 isn’t as compelling as Tesla’s Model Y. The Model Y has 316 mile EPA range, does 0 to 60 in 5.1 seconds and has 250KW DC fast charging. But for people who just want a compelling crossover EV, and qualify for the federal tax incentive, the $18,500 saving might be enough to make them go with the ID.4 over the Model Y.

For people living in the handful US states which offer some kind of EV rebate, the ID. 4 might even be had for below $30,000. This puts it in the price range of other popular gas crossover SUVs such as Honda, Toyota, Volvo and the likes. And VW says this is the market they are going after.

The compact crossover SUV is the biggest car segment in the US. It accounts for 24 percent of the market, and 4 million cars sold every year. And in this segment, which has an average selling price of $33,000, the ID.4 is even more competitive.

So do you think the ID.4 is a better value than the Model Y, especially with the tax credit? Or does it compare more with other none EV crossovers? Let me know your thoughts down in the comments.

For more information, checkout: our in-depth analysis of all the manufacturing breakthroughs announced on Tesla's Battery Day Also checkout: All the controversial things said on Tesla's first Gigaberlin hearing