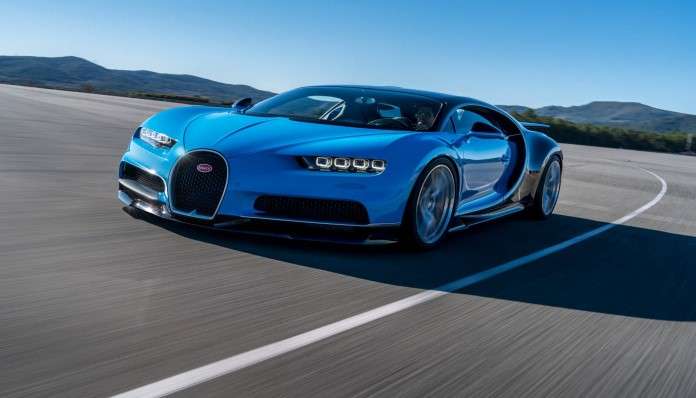 Bugatti has met its own ambitious production goals as it has turned out 70 Chiron hypercars in a bit over nine months. It has to stay on track with the numbers as it still has 230 customers who have paid up to $3 million for their supercars and may have to wait another two years for their turns.
Advertisement

For Bugatti, it must seem like working at its Molsheim, Alsace factory is like building vehicles on a standard assembly line. After all, the automaker has pushed out a total of 70 Chirons since last March when production began.

For Bugatti, it is a considerable achievement. Look at the Chiron’s timeline since the prototypes debuted at car shows a couple of years ago. It would be another year before a fully working copy of the 1,500-horsepower hypercar, powered by a W-16 engine, made it to the 2016 Geneva Motor Show. Production on the first of 500 Chirons began in the autumn of 2016.

Mostly built by hand, the term assembly line is somewhat euphemistic. The hypercar is primarily hand-built. The artisans move along and over to each Chiron on which they are working on the line.

So, Bugatti’s achievement stands out as it has cranked its build-rate to 8 cars per month. Honestly, it is a good thing the automaker is meeting its build schedule as 300 buyers have put up nearly $3 million apiece and they are supposed to receive their units in the next three years, so production does have to keep pace.

Bugatti still has a way to go

With the delivery of 70 Chirons, there are now 230 customers waiting for their copies. Chiron is the replacement for the well-known Bugatti Veyron. Interestingly, when Chiron’s assembly run has finished, the automaker will have built and delivered 50 more than the total number of Veyrons made over its 10-year lifetime. Car and Driver pointed out that it is quite likely the total number of Chirons up for sale will move far more quickly.

Here are a couple of items regarding Chiron:

LG's New EV Battery Plant Is a Welcome News for Tesla
Tesla Giga Berlin's New Hurdle: It's Not Only the Gov't, but Now Tesla Itself
END_OF_DOCUMENT_TOKEN_TO_BE_REPLACED