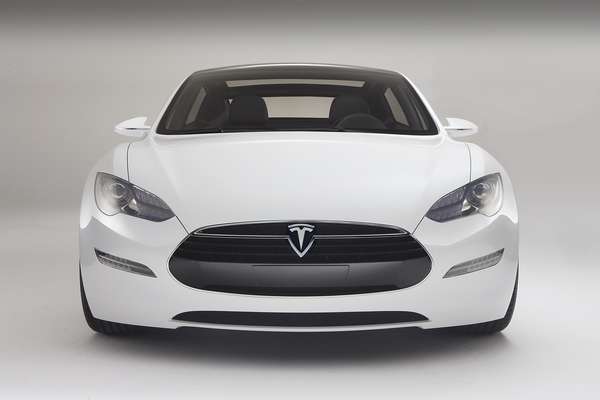 Tesla Motors clear communication following lurid reporting of a car fire this week seems to have defused what could have been a major public relations crisis.
Advertisement

News that a Tesla Model S had caught fire had the potential to totally derail Tesla's success, sending customers fleeing from the company fearing for their safety. While the initial reaction in the stock market sent Tesla's stock price (TSLA) plunging, the price recovered significantly since Elon Musk penned a blog post explaining the accident, fire, and safety technology built into the Model S.

What Tesla had on its hands this week is a product safety crisis. Your product, in the hands of a customer, bursts into flames getting international attention. Especially with the growing body of fears whether lithium batteries are safe (exploding cell phones, exploding laptops, 787 Dreamliner fires, or even the Chevy Volt battery fire in 2011). What Tesla did in response this week would have made, or broke, the company.

The stock market's initial reaction was a large sell-off dropping Tesla Motors (TSLA) share price from as much as $193.92 per share, a price recorded on Tuesday after the fire occurred but before the fire was known to the public, to as low as $169.34 per share on Thursday. On Wednesday the TSLA stock price was hit by a double whammy, an analyst issued a downgrade, and news of the fire burst into the news with lurid reporting by Jalopnik's staff.

However, on Friday the TSLA stock price recovered significantly rising $7.67 on the day to close at $180.98 for a 4.43% single-day gain. Musks explanation hit the news on Friday.

Taking this as a rough estimate of the public's confidence in Tesla Motors, we think the public is reaffirming that trust. Another clue is news articles that, rather than feeding us with lurid drama and danger, tell us to Please Calm the [Heck] Down About the Tesla Model S Fire.

What happened in-between is that Tesla took the bull by the horns, giving us clear information about the accident, while not trying to downplay it or brush it under the rug. They waited to gather a complete story, and then told us that story clearly.

The company's initial statement, made available on Wednesday, is a model of clarity that every company should study:

“Yesterday, a Model S collided with a large metallic object in the middle of the road, causing significant damage to the vehicle. The car’s alert system signaled a problem and instructed the driver to pull over safely, which he did. No one was injured, and the sole occupant had sufficient time to exit the vehicle safely and call the authorities. Subsequently, a fire caused by the substantial damage sustained during the collision was contained to the front of the vehicle thanks to the design and construction of the vehicle and battery pack. All indications are that the fire never entered the interior cabin of the car. It was extinguished on-site by the fire department.”

On Friday, Elon Musks explanation expanded on this clean and clear statement, giving details of not only what actually occurred but the safety systems built into the car. While others, reporters and forum members alike (Tesla Motors Club), picked apart available clues spreading rampant speculation, Tesla's explanation cut straight to the chase, while putting the incident into the context of the general issue of car fires.

As the Wired article linked above concluded - "the bottom line is simple: energy storage — in all its forms — is problematic." Whether that energy is stored as gasoline or hydrogen or electrons in an electrolyte, the fact is that out on the road accidents do occur daily, and some of those accidents are horrific. Sometimes the energy storage system is breached in a way that causes a catastrophic release of that energy, such as a gasoline car fire, or a blimp catching fire. We collectively have accepted the risk of driving cars that carry 10 gallons or more of highly flammable explosive liquid. It is largely an engineering exercise to design those risks out of vehicles, reducing the chance of catastrophic failure.

This morning on the Tesla Motors Club a member posted details of a horrific accident while driving his Model S, and claiming to be living proof that the Model S is the safest car ever made. He described having entered an intersection, but another driver ("talking on her cell phone") blew through a red light at 60 miles/hr hitting his Model S in the front. The damage was catastrophic to both cars. The Model S didn't emit any kind of smoke, or fire, or liquids, and he walked away with a few bumps and bruises, while the driver of the other car, a Hyundai Elantra, went to the hospital in an ambulance.