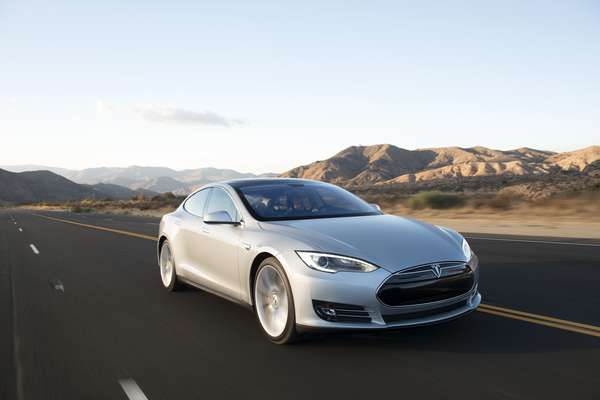 Tesla Motors gives their explanation of the recent Tesla Model S car fire, saying the car's safety systems worked as designed, and that the Model S is safer than gasoline cars.
Advertisement

News of a car fire involving a Tesla Model S on Tuesday morning has ignited a firestorm of coverage, not all of it very accurate. Tesla Motors CEO Elon Musk posted today a blog post detailing their analysis of the cause of that fire. According to Musk, the fire demonstrated that the Model S safety systems performed as designed to limit the fire in a way that isn't possible in gasoline powered cars.

It was already known that the Model S in question was traveling south on Washington State Route 167, in Kent Washington, outside of Seattle when it struck a "large piece of metal." Musk's blog post described the metal piece as "a curved section that fell off a semi-trailer," that it was recovered from the scene, and that the object lodged itself between the road surface the the Model S underbelly such that it "punched upward, impaling the Model S with a peak force on the order of 25 tons."

The under-side of the Tesla Model S is protected by a 1/4 inch aluminum plate that serves two purposes. It provides a smooth aerodynamic flow of air underneath the car, and it is meant to protect the battery pack against damage from random stuff on the road. The scenario described by Musk is similar to how foot soldiers fight a cavalry charge by setting their spears into the ground. The horse's speed makes it possible to impale the horse on the spear rather than see the horse knock over the foot soldier. What Musk claims is that the metal piece caught the road surface correctly so that, rather than bounce around the Model S underbelly, it pierced the aluminum plate with a 3 inch diameter hole, puncturing cells in the battery pack.

Next, the on-board computer warned the driver of the damage, instructing him to pull over safely. He did so, taking an off-ramp onto city streets of Kent Washington. He stopped at the bottom of the exit ramp when he began smelling smoke, and was able to exit the Model S before it caught fire.

The Model S battery pack is designed in 16 modules with internal firewalls between each module. The pack also has vents which direct any fire downwards and towards the front of the car. Both those systems worked as designed, according to Musk, to limit the spread of the fire, and at no point did fire enter the passenger compartment.

The Fire Department is said to have followed correct procedure by using a mix of water and chemical extinguishers to put out the fire.

Musk also drew an interesting comparison with the behavior of gasoline powered cars in this situation. First, the typical gasoline tank has only a thin sheet of metal protecting the gas tank, and there are often unprotected fuel lines running the length of the car underbelly. These leave the car open to total destruction from a gasoline fire when similar accidents occur. Additionally gasoline tanks do not have internal firewalls to limit the spread of fire when it does occur.