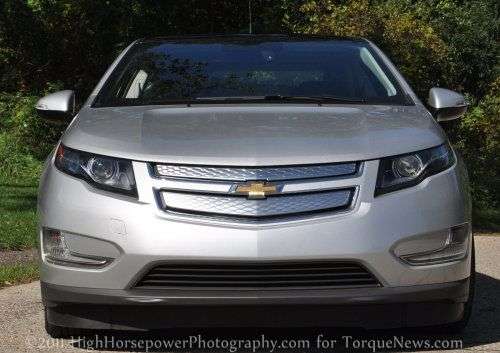 The National Highway Traffic Safety Administration will be intensifying their investigation the safety of the high voltage lithium ion batteries found in new electric vehicles after a 2011 Chevrolet Volt caught fire at an NHTSA testing facility.
Advertisement

The NHTSA announced earlier this year that they were launching an investigation into the lithium ion batteries found in the newest electric and hybrid vehicles, as with such high levels stored energy there could be an increased risk of fire and this concern was stoked recently when a 2011 Chevrolet Volt burst into flames while in the care of the NHTSA. However, there is an interesting twist in this story as the Volt in question had been used for a violent side impact crash test some three weeks earlier. This means that it wasn’t as though the Volt was being driven around and it caught fire, nor was it being charged when it caught fire but instead, the car was sitting (badly wrecked) in a storage lot in Wisconsin when the car caught fire.

Prior to this latest incident, there were two other occurrences of a 2011 Chevrolet Volt catching fire with the first one involving a questionably homemade EV parked in the same garage while the most recent occurrence in North Carolina is currently under investigation. That second fire has been very hush-hush as GM and Siemens (who provided the high speed aftermarket charger involved in the NC fire) have planned to meet with local authorities and the electric company sponsoring the electric vehicle testing programs in that region.

The previous two fires including the 2011 Chevy Volt are pertinent to those who own a new Volt but the fire at the NHTSA testing facility in Wisconsin should barely be considered from a consumer’s angle. The odds are good that the average consumer who is involved in a testing-style high speed side impact will not have the car sitting on their property weeks after the accident so having a badly wrecked car catch fire should not be a major concern for new buyers. However, this does raise a concern for towing companies and salvage yards who may take in totaled vehicles especially once the damaged vehicles have been subject to harsh weather conditions including rain that could enter all sorts of new openings created by the crash testing.

The NHTSA is concerned about the potential fire hazards caused by these high tech, high voltage electrical systems but the federal agency also points out that electric vehicles are, at this point, considered no more dangerous than traditional gasoline powered vehicles. However, with increased potential for fires, the NHTSA is working with General Motors, Nissan and Ford Motor Company to ensure that these lithium ion powered vehicles are safe before, during and after a major collision.

The NHTSA investigation is expected to last months if not years so unless there is a sudden rash of EV fires, we can’t expect any major changes to be made to the industry but with more and more EVs planned to launch in the US over the next few years, we can expect that the NHTSA will devote a great deal of time to figuring out how to handle these vehicles after they have been damaged.