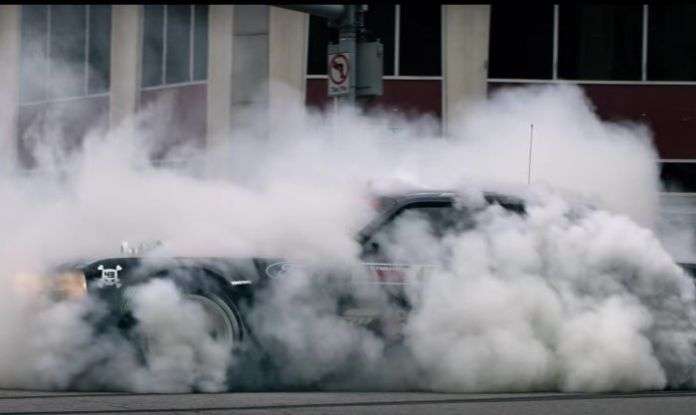 Ken Block Promises Gymkhana 10 Will Be His Best

Although we are still enjoying Ken Block’s Climbkhana video featuring the Hoonicorn Ford Mustang, the rally racing champion is already teasing Gymkhana 10 – which is expected to launch sometime during 2018 as the greatest driving video that Block has ever offered up.
Advertisement

Ken Block has driven a bunch of incredible high performance cars during the course of making the first nine Gymkhana videos – all of which have been just as impressive as the cars - but in the teaser video below, the Original Hoonigan has promised that Gymkhana 10 will be his greatest production.

The Vehicles of Gymkhana 10
So, the teaser video below leaves no question that Ken Block’s Hoonicorn Mustang will be among the five vehicles in Gymkhana 10. We also catch glimpses of Block’s new-to-him Ford Escort Cosworth Group A rally car, so we can expect that car will be included as well.

Finally, while we don’t have any idea with the fourth and fifth vehicles in Gymkhana 10 might be, the all-new vehicle is teased around the 1:16 mark in the video. It is clearly a classic Ford F-Series pickup with a pair of turbos hovering over the engine bay, so this could be an old school F150 with a similar drivetrain to the twin turbo NASCAR V8 in the Hoonicorn.

As for the final two vehicles, we can bet that they are Ford products, as Ford is a major sponsor of Gymkhana 10, but when it comes to what those vehicles might be – your guess is as good as ours.

Gymkhana 10 will debut sometime during the 2018 calendar year and when it does, I have little doubt that this will be Ken Block’s greatest action driving video to date. With five vehicles and five locations, it will definitely be the most elaborate, but based on those three vehicles alone – I cannot wait to see what Ken and his team have in store for the next video.

In the meantime, enjoy the teaser video of Gymkhana 10 below.

LG's New EV Battery Plant Is a Welcome News for Tesla
Tesla Giga Berlin's New Hurdle: It's Not Only the Gov't, but Now Tesla Itself
END_OF_DOCUMENT_TOKEN_TO_BE_REPLACED