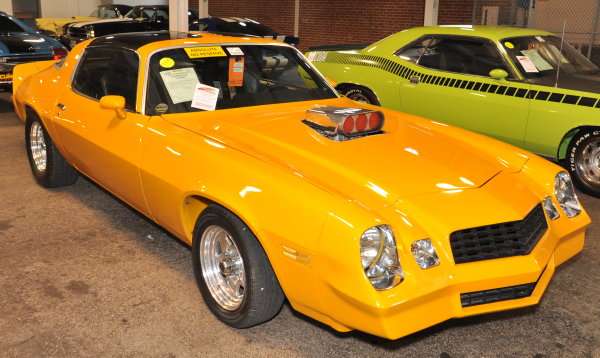 As part of our ongoing series detailing the engine history of the Chevrolet Camaro, we move to the second generation, which was the longest running era of the Camaro, covering the 1970 through 1981 models.
Advertisement

Earlier this week, General Motors offered up a brief history of the Chevrolet Camaro engines and while informative, I thought that I would build on that piece and look at a wider variety of the engines offered across the past 48 years. Today, we look at the second generation Camaro, which was introduced for the 1970 model year and ran through the 1981 model year. In this generation of the Camaro, we see the fall of the big block V8, the rise of emission regulations, the decline of power and the first Camaro V6.

1971
For 1971, General Motors moved to have all of their engines adjusted to run safely on low octane gasoline, which had the biggest impact on the biggest engines. When coupled with the then-new SAE power ratings, things looked much worse than they really were for the 1971 Camaro. The inline-6 and lower performance V8s didn’t receive any changes, but the standard 350 dropped to 275 horsepower, the LT1 350 dropped to 330hp, the two 396 big blocks dropped to 260 and 300hp.

1972
1972 saw more power drops for the Camaro, with new rating requirements had the engines tested with the full load of accessories, so while the power levels didn’t actually drop, the way that they were marketed made things look worse than they really were – again. 1972 was the final year for the SS350 and SS396 engines, while the LT1 V8 dropped to 255hp and the non-SS 396 was down to 240hp. If you missed part one of our Camaro engine history, click here, and stay tuned for part three – where we touch on the third gen Camaro.

Scott Koenig wrote on February 21, 2015 - 10:47am Permalink
The information on the exact horse power for the 1980 Camaro Z-28 is wrong. The power was 190 horse power. This was up from 175 horse power from the year before. The 1980 z-28 added a functional air induction, which contributed to the 15 horse power increase. They also increased the stall on the torque converter from 2100 rpm's to 2400. I know because I had one. It had the LM1 motor, which was slow compared to todays engines.
Patrick Rall wrote on February 23, 2015 - 1:20pm Permalink
Edited, thank you!