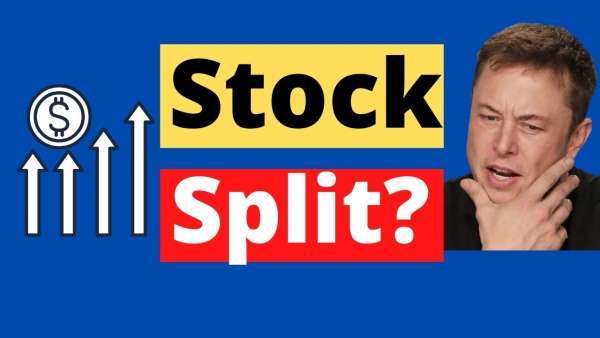 Tesla Community Talks About The Need To Split Tesla Stock

Yesterday, Gary Black, Managing Partner of the Future Fund LLC, whose Twitter account says he is an SEC-registered investment adviser with 93K followers, wrote a tweet about the need to split the Tesla stock. In that tweet, he wrote “Investors asking about potential $TSLA stock split this week. I have no info but the timing in the 2nd week of the month fits the cadence of Board meetings before earnings, and the 5:1 stock split announced @ $1,374 on 8/11/20 (2nd Tues). Still, noise from a stock split seems too loud right now.”

Investors asking about potential $TSLA stock split this week. I have no info but timing in 2nd week of month fits the cadence of Board meetings before earnings, and 5:1 stock split announced @ $1,374 on 8/11/20 (2nd Tues). Still, noise from a stock split seems too loud right now.

A regular Tesla Tweeter Ray4Tesla, retweeted Black’s tweet with a message of his own saying “Yes, the expectation for another stock split is just way too high,” and puts two smilings next to it. But then he added, “It’s possible when the stock price hits 2k.”

Regarding Tesla’s next stock split, apparently, Elon Musk has said: "maybe next year." Well, at least someone quoted him on Twitter and it’s not verified. Anyway, in my opinion, there is no point in hoping for a split for a few months.

While I am not in the stock market, in my opinion, what is the point for any company keeping its stock price above $1000? Just looks good? Or reduce the chance of falling below $1 in extreme cases? Shouldn't they be more investor-friendly?

On the other hand, other people comment on Youtube and say “the higher the stock the more Elon is forced to pay in taxes when his options vest and he executes. He isn't going to announce a split until he executes those options.”

With Tesla's stock price heating up again, it's getting close to the same price where it split last year. Will it split soon? What do you think?

I don’t think a split would immediately move the stock as it did before. Even this Musk stock sale (tax fundraising) didn’t move it much. It’s going up and down based on performance and earnings.

I think the Tesla stock may split again after it hits $1,400 or $1,500, because that is where it was when they did the last split.

In the meantime, as Tinsae Aregay reports from Torque News Tesla reporting team, Tesla's stock price has gone down by 4.8% following Elon Musk's decision to sell 10% of Tesla shares. Musk made the decision after holding a Twitter poll.

Disclaimer: I don't have Tesla stocks and am not in the stock market.

LG's New EV Battery Plant Is a Welcome News for Tesla
Tesla Giga Berlin's New Hurdle: It's Not Only the Gov't, but Now Tesla Itself
END_OF_DOCUMENT_TOKEN_TO_BE_REPLACED