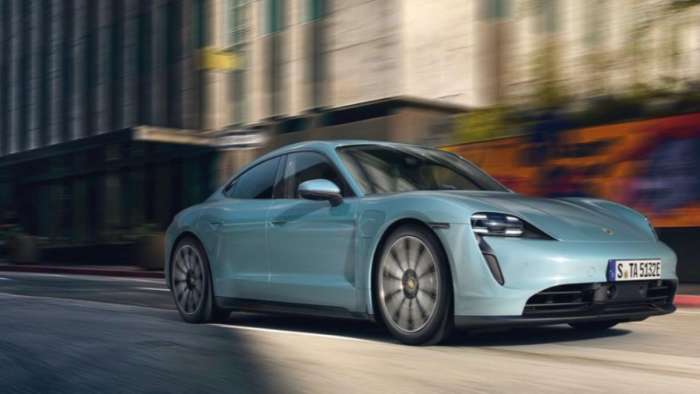 Porsche introduced the public to their brand new, state of the art charging park in Leipzig, Germany. Is this a step in the right direction for Porsche to clinch the charging network monopoly?
Advertisement

Porsche, since several years ago, has been constantly making strides in the direction of electric vehicle prominence starting with the Mission E concept about 4 years ago, and now just this week, Porsche showed off their brand new charging park in Leipzig, Germany, now considered Europe’s best charging spot.

What is unique about this specific park, is not just its 7 megawatt capacity, or it’s variety of chargers, but it’s location. Overtime Europe has made its economy cars smaller, the engines smaller, and in turn removed the fun in the process of buying a car.

That’s why this charging park is a huge step for not only Porsche but the European transportation experience as a whole. Having a clear jumping off point for future parks will open opportunities for Porsche to have a stronghold on the charging networks in Europe.

The Specifics of Porsche's EV Program
Porsche’s marketing team and EV program really wanted to slap down all their aces on this one. They include a dozen of the latest 350 kW DC chargers which go hand in hand with the Porsche Taycan’s 800-volt capabilities, allowing the EV to charge from 5% to 80% battery in less than 25 minutes, says Porsche.

Those dozen 350 kW chargers and their outputs are best harnessed by the Taycan, as the car has the technology to take advantage of the fast charging features. However the park also includes 4 22 kW AC chargers for standard issue charging technology, and seeing as the venue is off of the busy 9, 14, and 38 motorways, all 16 of the charging ports will be put to frequent use, presumably getting some hungry Germans a much needed schnitzel or something.

Porsche EV- International
Aside from stupid stereotypes, we also must look at Porsche’s US charging network and how it compares to the new German facility. In Atlanta, the USA HQ for Porsche, the company has a similarly situated charging park with all the amenities you could dream of. It has the same, dozen fast chargers on site, but over 35 level 2 chargers are open for use. Not to mention, it is right next to the Porsche Experience Center in Atlanta, which offers a wide range of activities to help kill time while your car charges.

For now, the new charging park in Germany will be free of charge until March, following suit of a lot of new American charging parks. The company intends to spread the new fast charging network to broader horizons, especially in the US and Europe.

See you in my next Porsche story titled: "Porsche Offers Personalized Fingerprint Graphics To Put On Your 911."