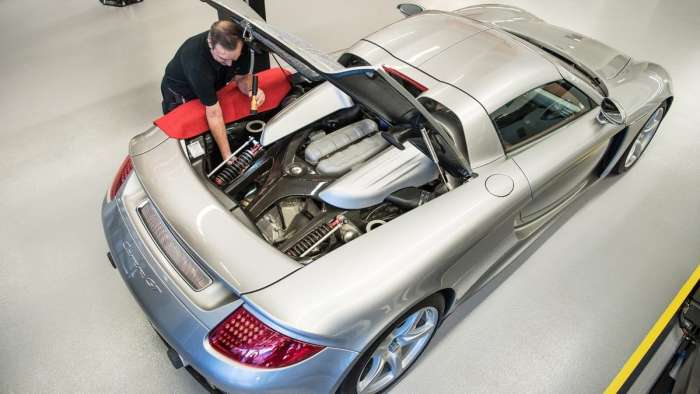 This Porsche Carrera GT Has Been Taken Completely Apart And Put Back Together - 78 Times.

Used to train Porsche technicians, this Carrera GT has had an interesting life. Its undergone 100 lifetimes of service, with only 1,445 miles.
Advertisement

The Carrera GT is a car that will literally live in infamy. From its wild performance and savage V10 engine to its curvaceous and timeless design, it is hard to forget a machine that was in the public eye so many times. The Paul Walker tragedy, Jay Leno spinning one at 180 MPH, and the last hoorah for modern-analogue supercars are all moments in history that will continue the legend of the car itself. But in order to do that, you have to save the ones that are left.

Porsche is doing just that, and has been for over a decade. A very special 2004 Carrera GT in “GT Silver” is somewhat of a hero who sacrificed its life for the good of the remaining GTs. This sub-3000 pound, 603 horsepower supercar is used in technical training for Porsche’s repair mechanics. Over its 16-year life, the car has been taken apart and reassembled 78 times in total. 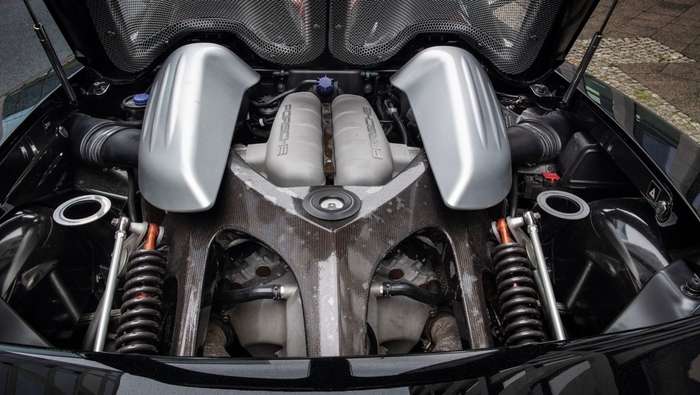 Porsche decided that such an icon of motoring shouldn’t be subject to its small production number and have every last one crashed and tossed out. Instead, Porsche decided to take one of the 1,270 GTs produced in 2004, and send it to Porsche’s Experience Centre in Atlanta, Georgia where one man would master the art of the Carrera GT and teach a new generation of technicians.

Bob Hamilton will never get fired until he dies and is replaced, that is simply because he is the only human on Earth who teaches the technical course on Porsche Carrera GT repair. Hamilton finds his course fascinating, because while they do work on 911s and other Porsche’s at the Atlanta Centre, the Carrera GT was a short production run that will most likely never be revived, making his teachings something of scripture in the automotive world. 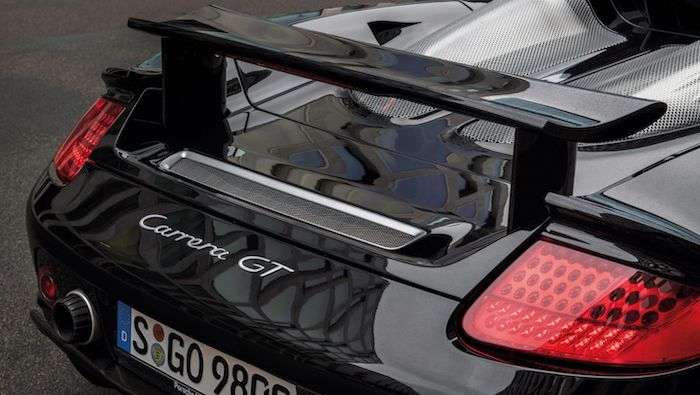 Ever since the special car arrived in Georgia on a Boeing 747 cargo jet back in ‘04, he has been instructing a tight-knit group of skilled Porsche technicians on how to fix someone’s Carrera GT. Every year he gets a few groups at a time and they take the entire car apart from the engine to the body panels on the carbon-fiber framing. Hamilton teaches 6 technicians in each course or four days straight just so Carrera GT owners can keep their dream car alive and well.

It's hard to imagine any other manufacturers implementing such drastic training for a car that is so rare, but Porsche has the resources to do so. The German company has long cared for its brand’s history - just recently, Porsche opened a new exhibit with the Petersen Automotive Museum that documents its history in Motorsport throughout multiple classes in different decades.