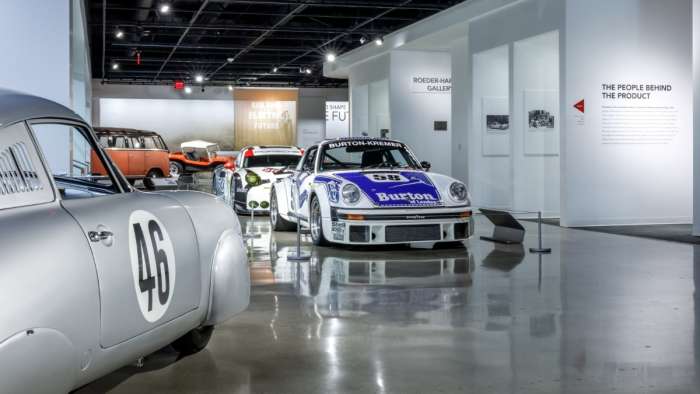 Exclusive pictures of how Porsche redefined performance are presented at the Petersen Automotive Museum.
Advertisement

They’re calling the exhibit: “Redefining Performance”. It would sound cheesy if it weren’t 100% accurate. Porsche has pushed the needle further and further every time they hit the racetrack. At the 24 Hours of Le Mans, the biggest race in motorsports, Porsche has won 19 times in their 50 years of competition at the event. This is a company that is serious about precision and execution.

So, this new exhibit is designed to show a multitude of cars that helped Porsche quite literally, redefine performance. We have obtained some exclusive pictures and notes about each car that will be featured at the exhibit come 2021. Here’s a sneak peek into the brand new exhibition and the cars that will be sitting on the museum floor. 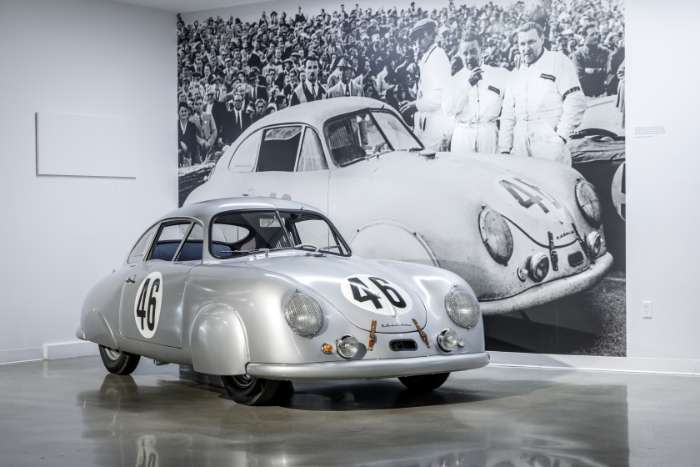 The Gmund Coupe was the first Porsche and the first German car to ever race at the 24 Hours of Le Mans. 4 of these bullet-like racecars were built for the race and no more were ever built. The car was based on the 356 roadcar that debuted in ‘48 and didn’t change much mechanically for the race. 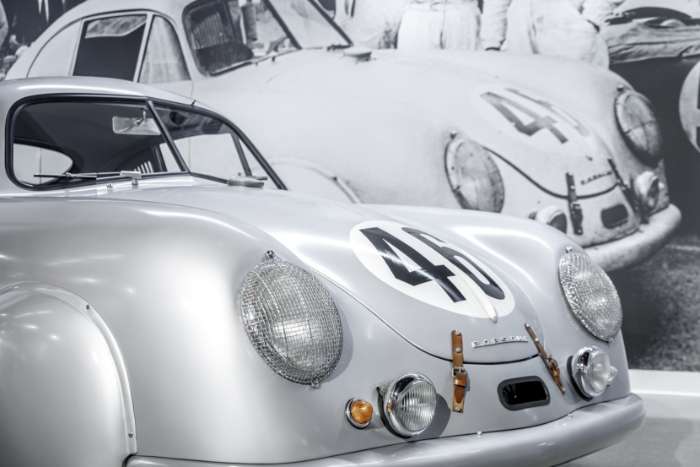 It gained metal panels that covered the wheels to decrease drag but kept the stock front bumper for high-speed stability. Porsche gave the racecar its smallest engine believe it or not. A 1.1 Liter flat-4 with 46 horsepower was fitted to the Gmund Coupe. The car weighed no more than 2,200 pounds in race-spec, which helped it finish first in its class and 12th overall. The Gmund Coupe was fundamental in Porsche’s future lightweight road cars and race cars that would dominate the circuits in the decades that followed.

Possibly the most recognizable racecar of the ‘70s, this K3 was an absolute monster of a machine. Sporting a 3.0 Liter twin-turbo flat-6 meant that it could pound out over 700 horsepower and hit a top speed of 217 miles per hour. The current 911 Turbo S tops out at 205mph. 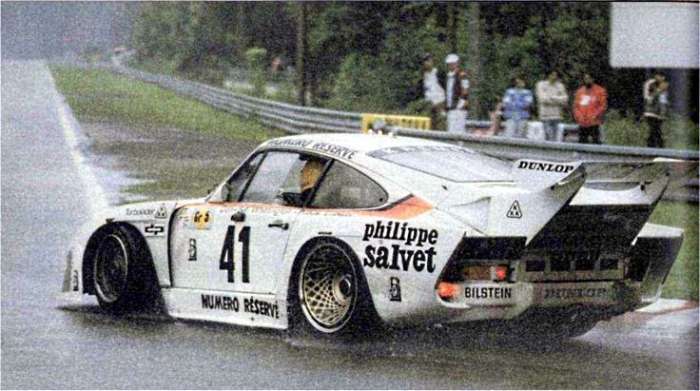 These cars were known to be able to turn the boost up to easily over 800 horsepower, but that wasn’t its most efficient design element. Extensive body modifications from the flowing-bulging fenders to the slant-nose front end gave the K3 an advantage in aerodynamics and in tough weather conditions. In 1979 in finished first overall at a very rainy Le Mans Circuit de la Sarthe. The 935 K3 was the first 911-based car to win Le Mans and created a new era for Porsche motorsport moving into the 1980s. 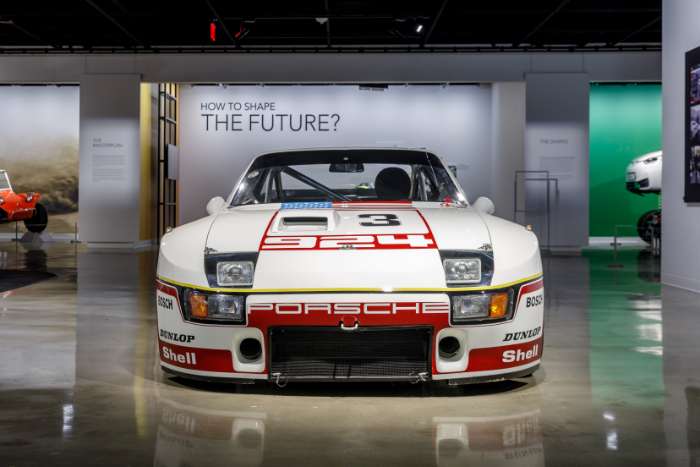 Talk about a rare car. The 924 Carrera GTP was a concept that was conceived from the 924 road car and turned into a Le Mans race car. The three GTPs ever made received wider fenders made out of lightweight materials, a 2.0 Liter turbocharged inline-4 with 320 horsepower, and a specially design quad-headlight front end for night racing. 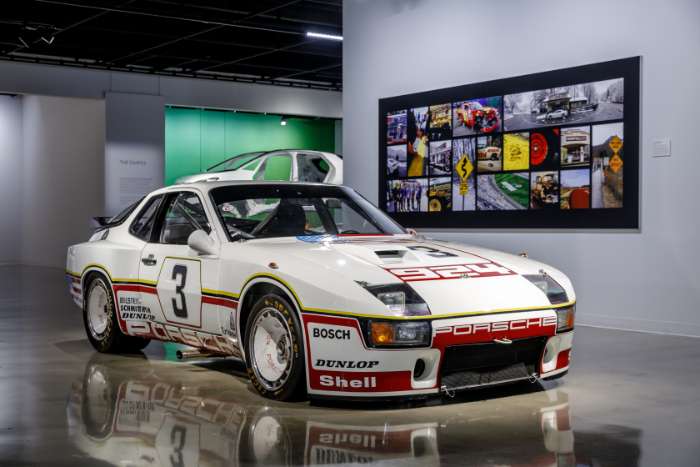 The 924 got the ever-so-special “Carrera” nameplate and made it proud after finishing 13th overall at the 24 Hours of Le Mans. The GTP was is so unique in that it is based one of the most entry-level Porsches of all time and it has a front-engine configuration. These three cars helped the design language for the coming 944 and gave Porsche a greater understanding of how front-engine cars could perform. The serial number 003 car that you see above is the only one that is privately owned on the planet. The other two are most likely with Porsche themselves. 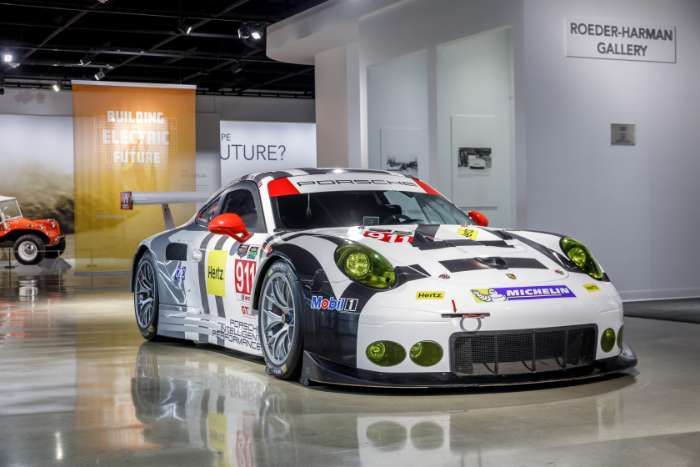 The RSR is Porsche’s current base for non-prototype racing. The 2016 RSR was purely built for competing. It was one of the first to have a radar-assisted “collision avoid system” that helped the drivers to remain as close to their opponents as possible without taking them out once they decide to make a move.

The RSR also changed the engine layout. Instead of the 911s famous rear-engine design, the RSR took advantage of a mid-engine layout - with the engine in front of the rear axle - to become even more competitive within its LMGTE class at Le Mans. That engine that now sat right behind the driver, made an estimated 510 horsepower from its 4.0 Liter flat-6 block. 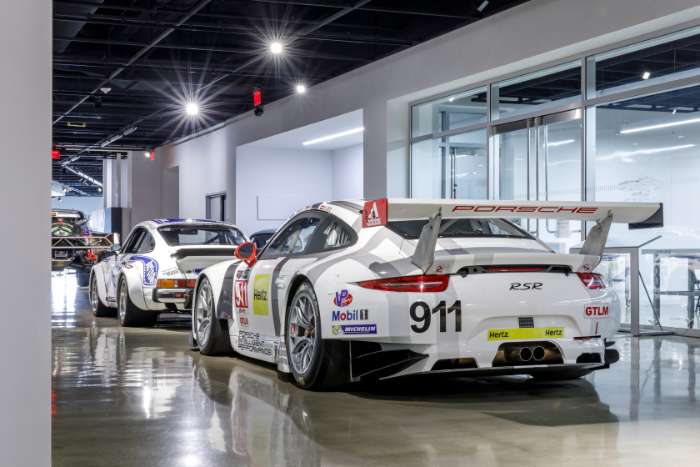 The RSR, like all the other cars we’ve featured so far, have helped innovate their road-going counterparts. We recently learned that the RSR’s front end (suspension, bars, linkages) have all made their way into the new 2021 Porsche 911 GT3. This RSR and all the others that will be exhibited at the Petersen Automotive Museum have not only encouraged future Porsche race cars but helped create a better driving experience for customers like you and me.