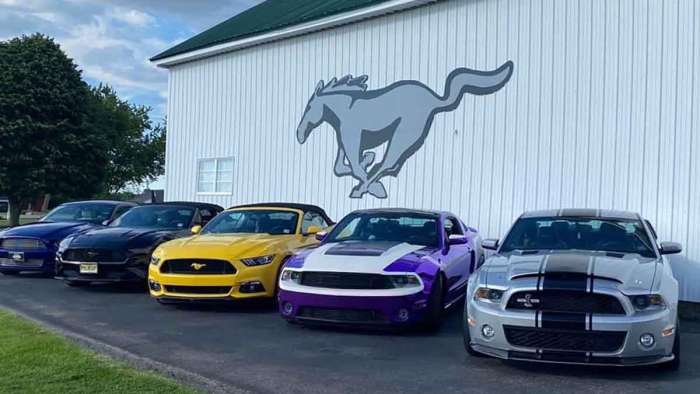 Nearly six weeks after his death, members of the Mustang community gathered for a parade and cruise to honor the designer of the original Mustang. Gale Halderman is a member of the Mustang Hall of Fame and worked 40 years at Ford.
Advertisement

There is almost no one more universally loved within the Mustang community than Gale Halderman. I wrote about the passing of my friend this April. I still can’t believe he’s gone, to be honest.

Gale was a kind, funny, humble man who regaled everyone with stories of Mustang heroes and pony tales. I chronicled many of those stories in my book Mustang by Design, which is partially Gale’s life story, but has so many photos spanning from the 1950s to the 1990s.

In a word, Gale was loved. Not just by his family, but by everyone who ever met him.

Due to the COVID-19 pandemic, Gale was not given a proper send off, and there was no official funeral or memorial service for him due to quarantine regulations. Gale, who passed away at the end of April after a short battle with liver cancer, was finally given a proper memorial.

A parade and cruise was put together and held on June 14, which would have been Gale’s 88th birthday. It started at his alma mater high school and went to his boyhood home, which is now a museum dedicated to his career at Ford. 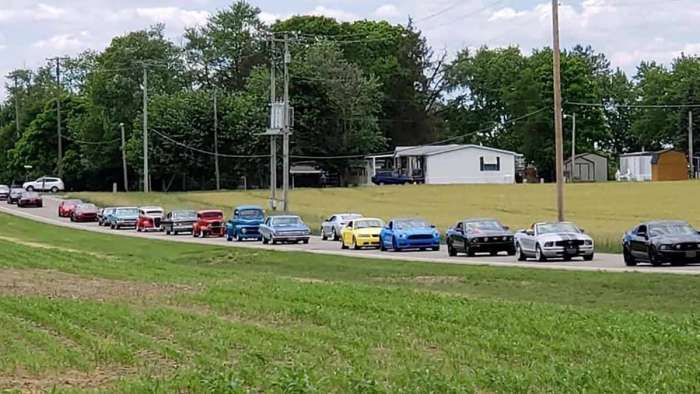 Gale Halderman Parade Tribute
More than 200 cars of all makes and models and years gathered at Bethel High School parking lot in Tipp City, Ohio. People came from four different states to participate and to pay their respects.

The weather was ideal. Parade participants were given an escort from the local fire department who blew the sirens as we slowly made our way through the route. Several people, young and old, sat outside along the route to see all the cars and to wave at the participants.

I was honored to be the lead car in the parade (behind the fire truck) along with my Mustang by Design co-author Jim Halderman (Gale’s cousin) and his son Brad. Jim’s Mustang is a black 2012 Convertible GT. I sat in the back seat and enjoyed the crowd gathering and waved at them and thought about my fond memories of Gale. 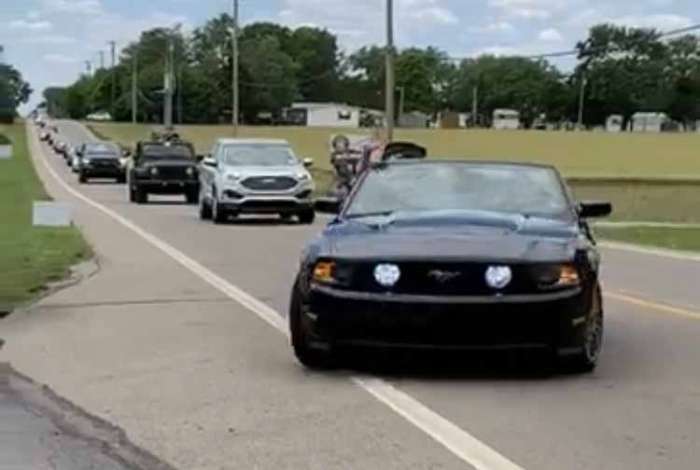 He would’ve thought the turnout was impressive, but being humble, he wouldn’t have believed everyone came out for him. As we drove to the Halderman Barn Museum, there was a life-size cutout of Gale and it really made me emotional that I wouldn’t see my friend anymore.

Gale truly is a treasure of the entire Mustang community and of the automotive industry. 40 years at the Blue Oval designing cars, working as an executive and witnessing history at Ford is quite a legacy. And seeing all those cars come out for him showed that his legacy is not forgotten. 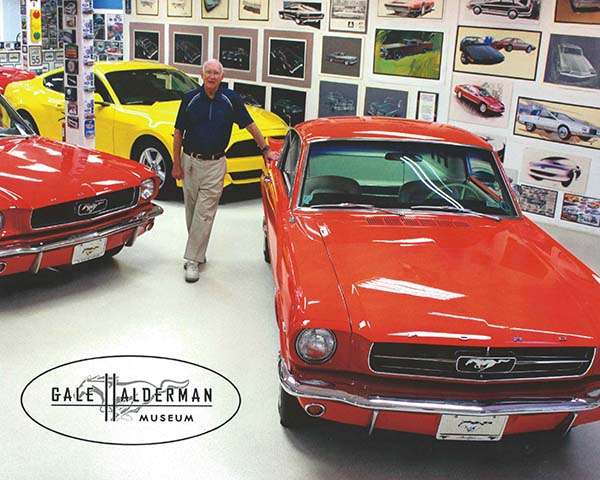 Halderman Barn Museum
After retirement, Gale turned his family barn and property into a museum dedicated to car design. Gale, being the humble human being he was, didn’t center the museum around his career and his accomplishments, even though that’s certainly worthy of a museum. Rather, the Halderman Barn Museum was turned into a homage to all things car design.

With a few Mustangs and other Ford vehicles inside the museum the primary focus is on the walls which have sketches, designs and concepts that Gale collected throughout his illustrious career. Many were from designers that Gale helped hire or that Gale found to be very talented.

Photos of Ford legends are scattered throughout. In short, the Halderman Barn Museum stands as a must-see location for all Ford fans, and anyone with an appreciation for automotive history, because Gale has a major spot within automotive history.
There’s a giant Mustang logo emblazoned on the side of the barn. As such, the Halderman Barn Museum has been a mecca for many Mustang enthusiasts. The backdrop of that giant Mustang logo on the barn makes for a great beauty shot and to showcase each person’s prideful pony car.

Likewise, the barn would host many car outings and car clubs. It was quickly becoming a rite of passage every car show to take a trip down to Tipp City, Ohio to have a great day at the Halderman Barn Museum.

Gale would speak to visitors with stories of his time at Ford. I had heard many of the stories multiple times, but they never got old. The joy at which he told the stories to the interested crowds was inspiring to me. And the glean in his eye and that great smile he had, will be etched in my memory forever.

His daughter will still keep the barn open for the public to enjoy and as a car club destination. It’s slated to re-open in July for limited occasions. Find the Halderman Barn Museum on Facebook for more details or schedule a visit.

Kim Learning wrote on June 15, 2020 - 3:18pm Permalink
Thank you, Jimmy, for all your kind and loving words regarding my Dad. You are so right, he would have been humble, and in disbelief the tribute that was given him yesterday. It was beautiful. Thank you. Kim Learning, Gale's oldest.
Jimmy Dinsmore wrote on June 16, 2020 - 8:02am Permalink
Thank you Kim. It was nice to meet you and your family! What a great way to remember your dad. I just love him and miss him.