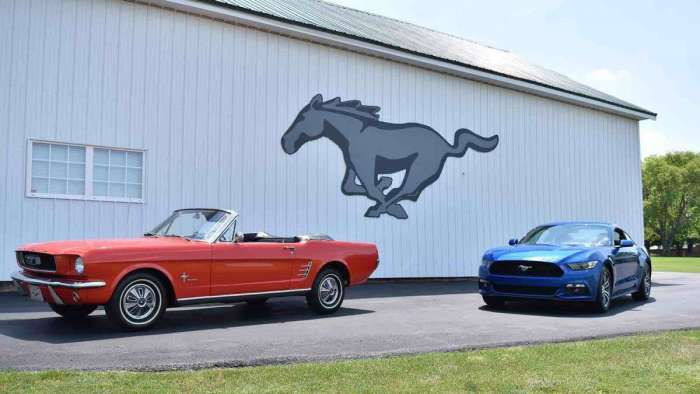 There Are Several Great Museums That Show Off Mustang Heritage

There are many places to see historic Ford Mustangs and Mustang heritage. Several museums throughout the U.S. offer a look at Mustang, past and present. These locations can be great road trips for car clubs too.
Advertisement

Museums can be a great place to celebrate automotive history and heritage. And on these cold, wintery days, why not spend it indoors and take in a little Mustang heritage along the way. Here are a couple places that you can travel to and appreciate the rich Mustang heritage, with each museum having its own appeal and vibe.

The Henry Ford
This museum, located in Dearborn, is much more than a car museum. It’s a rich celebration of American innovation.

Of course you couldn’t have such a museum, in the shadow of Ford World Headquarters without having some Mustangs inside. The Mustang, as in VIN#1, is at The Henry Ford. This is a great story where a Canadian pilot actually bought the very first Mustang (VIN#1) from a car dealer. He drove it home to Canada. Once the Mustang was revealed to be such a hit, Ford wanted that car back for history reservation purposes. They traded the pilot the millionth Mustang for his VIN#1. Now that historic Mustang is displayed inside the Henry Ford.

Also, the Mustang I prototype roadster that gets far too much credit in Mustang lore, is inside the Henry Ford Museum too. It’s cool to say, but realize that although may have the name Mustang attached to it, it was nothing more than a smoke and mirrors distraction prototype car and has very little relevance in Mustang history.

Tickets for The Henry Ford vary depending on what you want to see, but can also include a tour of the Rouge Factory. As such, the full Henry Ford experience is an all-day venture but for Mustang enthusiasts it’s a must-see.

Gilmore Car Museum
This is one of the nation’s most underrated museum. If you’ve not been, it should be put on your bucket list or as a drive-to destination for your car club. Just this week the Gilmore announced an expansion that will add a muscle car wing to their 90-acre property. Currently, the Gilmore has more than 400 cars but they hope to add significant cars from the muscle car era of the 1960s and 1970s. That will surely include some Mustangs. In year’s past the Gilmore has hosted Mustang-oriented events, including speaking engagements from Gale Halderman and John Clor and also had a large Mustang car show.

Admission is only $15 with group rates available too. The museum is located at 6865 Hickory Road in Hickory Corners, Michigan.

Mustang Owner’s Museum
I recently wrote about the struggles this museum has had. They’ve already changed their location, but there’s no questioning this museum’s passion and intent. For decades there’s been talk of a true Mustang-related museum. The Ford Motor Company never committed financially to such a museum (shamefully), so previous attempts failed. So it was exciting last April, during Mustang week, when the Mustang Owner’s Museum actually opened to the public.

I was the grand opening and can say the museum was well done, despite some planning glitches with the overall grand opening week ceremonies.

After less than a year at the current location, the museum management made an announcement that they were moving to smaller building across the street. This was the statement regarding the change: ““The Mustang Owner's Museum has moved to a new location-4005 Dearborn Place, Concord, NC 28027.This location is literally across the street from the previous location. Of course, the next question is why move? We made the decision to move to a location that will allow us to grow long term. Many of the future plans and goals would not be attainable at the previous location.”

The new location of the Mustang Owner's Museum is at 4005 Dearborn Place in Concord, North Carolina. Some have said the location of this museum to be away from any Mustang heritage significance has worked against the museum. I can’t speak to that as being near Charlotte and the NASCAR museum and the Charlotte Motor Speedway seemed like an adequate choice.

While I’ve been critical in some ways of the museum, I want this to succeed as many clubs and Mustang enthusiasts have a vested interest in the museum and its success. Plus there are some really cool Mustang there and it might be the single-best place to see Mustangs throughout the generations.

Mustang Museum of America
It sounds like a great name for an awesome Mustang heritage museum. I have not been to this museum, located in Odenville, Alabama. Again, the location seems odd for Mustang heritage, but I’m told that this museum is quite the sleeper when it comes to pure Mustang joy. There are several significant Fox Body Mustangs there along with a slew of Shelbys and 1960s era Mustangs. There’s good stuff to see and this museum deserves to be visited by car clubs and considered as an American gem too.
Admission is $13.75 for adults, but group rates apply.

Halderman Barn Museum
Talk about a real sleeper of a museum. This is pure Mustang goodness in the most unassuming location. Gale Halderman, the principle designer of the original Mustang and who worked 40 years at Ford as a designer and design executive, converted his boyhood home/barn into a museum dedicated to his time at Ford. The unique angle of this museum is that it’s more dedicated to design than being a true car museum. Gale has several cars in there, but it’s what’s on the walls of this converted barn that make this a must-see.

Additionally, a visit to the museum will likely include a meet and greet with a Mustang hall-of-famer. Gale regularly speaks with visitors and hosts events where we will tell stories of his time at Ford. Gale is a Mustang legend and one of the most approachable and down-to-earth people you will meet. He loves Ford and loves talking Mustang. Note: He’s a personal friend of mine and the subject of my book, Mustang by Design. 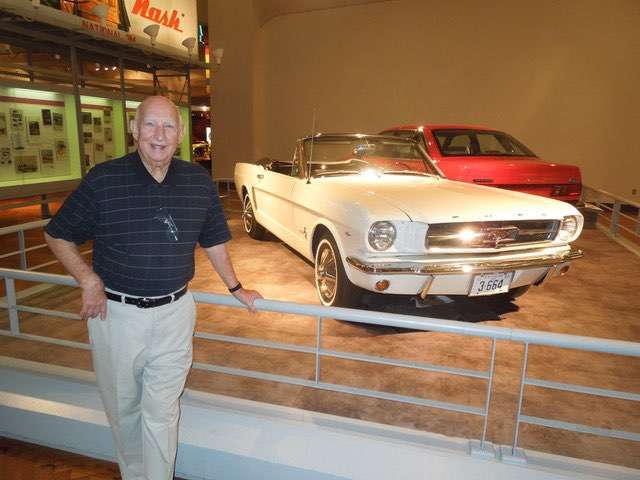 Admission to this museum is free, but should be done by appointment. Find them on Facebook to set up a visit.

I am hoping that the recently sold Bullitt Mustang shows up at one of these museums as whoever the new owner allows the public to see it at one of these fine museums. This is speculation only, but let's hope!

Jimmy Dinsmore has been an automotive journalist for more than a decade and been a writer since the high school. His Driver’s Side column features new car reviews and runs in several newspapers throughout the country. In addition to being a nationally syndicated automotive columnist, Jimmy has been published in a compilation book about children growing up with disabilities, where he shared his own very personal experience. He is also co-author of the book “Mustang by Design” and “Ford Trucks: A Unique Look at the Technical History of America’s Most Popular Truck”. Also, Jimmy works in the social media marketing world for a Canadian automotive training aid manufacturing company. Follow Jimmy on Facebook, Twitter and LinkedIn. You can read most of Jimmy's stories at Torque News Ford Mustang for daily Ford Mustang news stories.