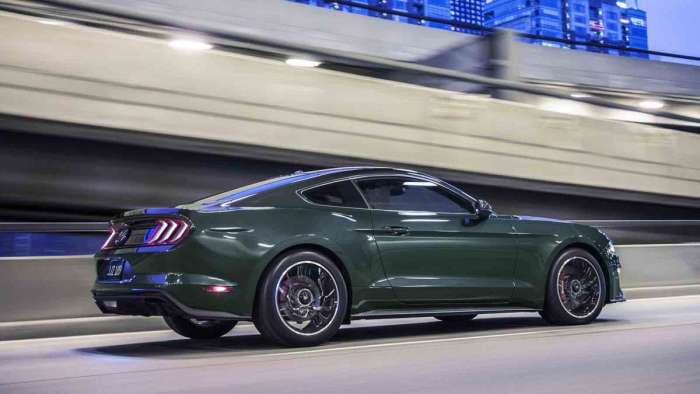 Bullitt Mustang, Not Just A Hero Car, But a Legend

With the original Bullitt Mustang, the hero car that started it all, going to auction, Ford continues to honor the heritage of this car. They have had three special edition versions of the Bullitt.
Advertisement

Is this the last we will see of the Bullitt Mustang? As the original Bullitt goes on the auction block this weekend, will this close the chapter on this beloved special edition? Ford has done a fantastic job of honoring this hero car with three special editions. The 2019 Ford Mustang Bullitt will be the last of these created. Or maybe not. What the future holds for the Bullitt is unknown. Here’s a history of all the Bullitt Mustangs Ford has produced.

1968 Mustang GT Fastback – The Original Bullitt
Two Mustang GTs were used for the movie Bullitt starring Steve McQueen. Both cars had 390-cubic inch V8 engines with four-speed transmissions. The engine supposedly made 320 horsepower and 427 lb.-ft. of torque. The GTs were modified for the movie with the removal of the fog lights and a special front grille. These were truly one-of-a-kind looking Mustangs, which is one reason Sean Kiernan, who owns the original hero car, has put the Bullitt up for auction at Mecum.

I profiled Sean’s history owning this car and the tribute to his dad in this story. It’s truly touching and I hope the original Bullitt goes to someone who will take care of it but also make it available for the public to see and appreciate as it’s both part of movie lore, but also Mustang heritage. 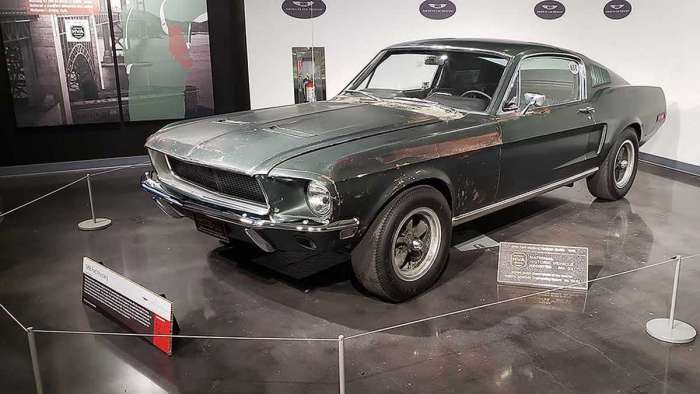 2001 Ford Mustang Bullitt
At the 2000 LA Auto Show, Ford unveiled a concept car that paid tribute to the hero car from Bullitt. In model year 2001 Ford officially offered a limited edition Mustang Bullitt. That car had a 4.6-liter V8 engine with 265 horsepower. A high-flow exhaust system added growl to this car.

Anthony Alonso is a Bullitt Mustang historian and has written two books about the Bullitt fell in love with the concept car in 2000. He bought his first Bullitt and his love affair and passion for this car was ignited. “I loved the sound, the driving feel, and the look of the 2001 model,” Alonso said. “I felt cool – not as cool as Steve McQueen, but I definitely experienced the joy, especially because of the connection to the original movie car.”

Scott Hoag was the engineer who worked on the 2001 Bullitt Mustang.
While the 2001 Bullitt wasn’t as fast as the original it had enough special modifications to make it a darling with enthusiasts. There was a special cast-aluminum intake and twin-bore throttle body to give the car extra boost and performance. Hoag noted that the Bullitt also had high-flow mufflers, revalved struts and shocks and Brembo front brakes to make it a special, high-performance pony car.

While the original Bullitt was green, the 2001 Mustang Bullitt was available in three colors: Dark Highland Green (aka Bullitt green), Black and True Blue. Only 5,500 were produced making these highly collectible.

2008 Ford Mustang Bullitt
Just seven years later, Ford carried on the Bullitt tradition, but added more power and performance this time. The 4.6-liter V8 engine made 315 horsepower this time and was loaded up with Ford’s Racing Power Upgrade Package too. The stiffer shocks made the handling exciting. According to Alonso, Ford attempted to tune the sound of the 2008 Bullitt to sound like the original movie version. In addition to the tuning, the 2008 Bullitt is one of Alonso’s favorites because he said, “that car has the most heritage because of the look and styling.”
Only 5,772 2008 Mustang Bullitts were built, once again making these highly collectible.

In fact, the 2019 Bullitt is the fastest Bullitt on the road. The 5.0-liter V8 engine makes 475 horsepower and 420 lb.-ft. of torque combined with a Shelby GT350 intake manifold makes for incredible performance and amazing sound. Alonso also owns this newest Bullitt and said, “The 2019 certainly sounds the part. Ford tuned the exhaust for a throatier sound than the GT model on which it is based. It feels the part when cornering, accelerating and braking,” he said.

Steve McQueen would certainly be proud of what his movie has created. And Ford has done a tremendous job of honoring a big part of Mustang heritage with these special edition Bullitts.

DeanMcManis wrote on January 5, 2020 - 1:37pm Permalink
The movie Bullitt has one of the best car chase scenes ever in film, and if you are familiar with San Francisco it is an amazing time capsule as you race through Bay Area streets of many years ago. I've seen the original Bullitt Mustang next to the 2019 model at a car show. There is a letter next to the original car from Steve McQueen who offered to buy it from the owner (unsuccessfully). The new Bullitt Mustang looks cool in person, but you have to really like that dark green color in addition to the famous movie to want to buy one.
Bob Rowr wrote on December 24, 2020 - 2:26am Permalink
What about the 2009 Bullitt

LG's New EV Battery Plant Is a Welcome News for Tesla
Tesla Giga Berlin's New Hurdle: It's Not Only the Gov't, but Now Tesla Itself
END_OF_DOCUMENT_TOKEN_TO_BE_REPLACED