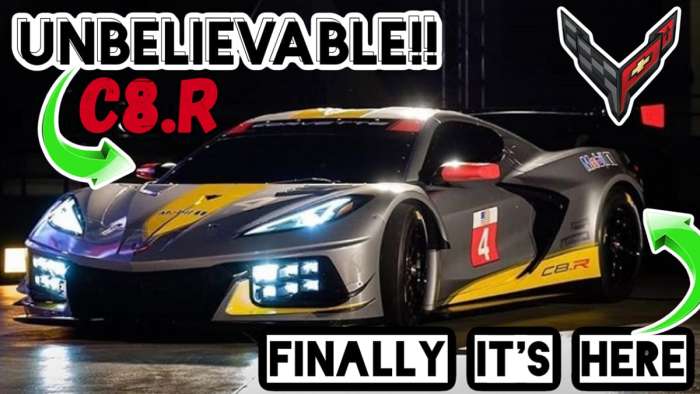 Chevrolet has released the 2020 C8 Corvette Convertible. The world is still amazed at how Chevrolet is making history with the all-new mid-engine sports car.
Advertisement

Chevrolet surprised the world with their new C8 Corvette Stingray back in July. There were lots of people waiting to see what the new Mid Engine Corvette by Chevrolet would have to offer the supercar world. While everyone was so stunned and amazed by the coupe, people were asking about the 2020 Corvette C8 convertible, aka the Spyder. I am a big fan of the coupe but there are so many people in the world that are huge fans of the Spyder convertibles. Chevrolet will release the all-new 2020 C8 Corvette Spyder convertible to the world.

General Motors, the owners of Chevrolet, always had this mid-engine sports car in the back of their minds. They wanted to make sure this car represented Zora the best way they knew how. There were many failed attempts and sleepless nights. Zora Arkus-Duntov was a Belgian-born American engineer who worked on the Chevrolet Corvette team for years - so long that he earned him the nickname "Father of the Corvette."

Chevy has now changed the way Mclaren, Porsche, and Ferrari sports car owners will look at Corvettes. People used to turn their heads and tip their nose up to Corvettes, but not anymore. After Chevrolet released the C7 Corvette the world started to pay attention. They will notice even more now with the outcome of the Mid-Engine Corvette. With releasing this new hard-top convertible it will also be a game-changer in the making for future generation Corvette’s.

How this New Corvette Spyder/Convertible will change the game.

After October 2, 2019, the Mid-Engine Corvette will not be the same. As soon as the world is able to see both versions of the C8 Corvette all allocations will be sold. General Motors only had plans to sell 40,000 units and right now they have already sold 39,000 units. Most units have been coupes only because the world hadn’t seen the convertible until now. This may force Chevrolet to open up more shifts to provide the world with its new C8 Corvette. Chevrolet has definitely put the world on notice with this new car for sure.

Chevrolet has preached that the C8 Corvette is one of the best Corvettes they have ever made. They have decided to make this Mid-Engine car one-of-a-kind and affordable. I know personally that Chevrolet has been working on the next trim levels and preparing to take over. With the Corvette C8 being as popular as it is right now, imagine what it will look like for many years to come. This is only the beginning of the New Generation Corvette.

See you in my latest story titled "General Motors Gave Me The Keys to the New 2020 C8 Mid Engine Corvette."