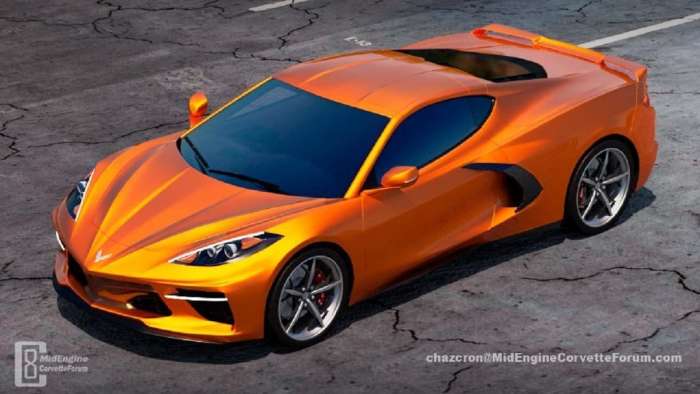 The C8 Mid-Engine Corvette Engine And Transmission Changes and Options

The 2020 C8 Corvette is shaping up to be something very special with new engine and transmission options and changes. Let's dive deeper into why that is.
Advertisement

If you are an auto enthusiast you haven't missed the incredible amount of C8 Corvette rumors. The majority of the time rumors are to be taken with a grain of salt but if you read deeper into them you'll find some of them have glaring similarities and these are the ones that are typically more likely to be true. Early on in the C8 Corvettes existence the rumors were saying upwards of 1000 horsepower in the car to start with. We've found recently that isn't the case and the leaks/spy shots/rumors have all but guaranteed the horsepower this car is likely to launch with.

The C8 Corvette will be revealed on July 18th in Orange County California at which point the power house will be revealed as the LT2. The LT2 engine in this car is a reworked LT1 from the C7 Corvette Stingray which produced 465 horsepower.

The LT2 Engine is set to produce 530 horsepower in the C8 Corvette with a tweaked tune and other slight changes. It was rumored at one point that the LT2 engine was going to feature a dual overhead cam (DOHC) and that was where the extra power was going to come from but this has recently been debunked. In some recent spy shots taken (which you can see by in this Youtube video) the digital dash was visible and a 6500 rpm redline was shown off as well. This likely indicates that the LT2 will still be a pushrod engine just like it was in the C7 Stingray which means the changes to the engine will be much smaller and most likely focused on different tuning.

The new C8 Corvette is set to be packed with an engine branded an LT6. A Corvette Forum member who claims to be close to the source has seen this engine and states that it is a dual overhead cam (DOHC) with a twin turbo setup and powder coated red valve covers producing around 800 horsepower. The red powder coated valve covers are really interesting in this case because of the fact that they will be visible through the rear glass (think Ferrari) to give it that added supercar look.

Next in GM's lineup of C8 Corvettes would come the "top dog" car which will very likely be a ZR1 or some have speculated it to be called a Zora. This C8 Corvette model is likely to have the same engine from the Z06 above only with a hybrid assisted front wheel engine that would not only give the car an all-wheel drive setup but also an added 200 horsepower to bring the grand total to a staggering 1000 horsepower.

As with previous iterations of the Corvette each one goes up in horsepower as well as other improvements such as: suspension, tires, wheel size, braking, aerodynamics, etc. While the engines in these cars are likely to be worth the upgrade alone it won't be the only reason to move up in the C8 Corvette lineup.

What Transmission Will The C8 Corvette Use?

One thing is for sure, this car is going to be amazing. It's going to change everything on July 18th!

See you in my next story where I am discussing why you shouldn't buy the first year 2020 C8 Corvette model and when the right time is to buy.