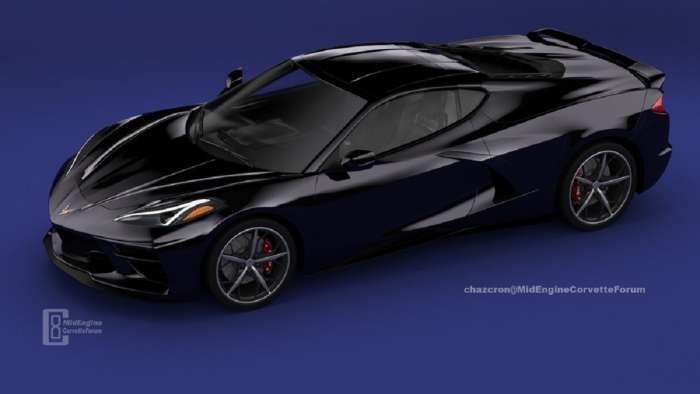 The 2020 C8 Corvette is going to be an amazing car due to some spectacular changes and modifications, but you shouldn't buy it right away. Here's why.
Advertisement

We are all waiting anxiously for that July 18th reveal date to see what this new Corvette is going to look like and perform like. While I have no doubt whatsoever that the C8 Corvette is going to be a monster there is a lot of doubt on the reliability and "growing pain" front. What do I mean by this? Well it's simple. GM hasn't really made a mid-engine car before (we're looking at you Fiero) and that might mean disaster... At least initially.

GM has built a ton of hype over this new Corvette and while everyone wants one, you might want to wait. There are a few reasons why but the biggest one is going to be growing pains. Basically, because GM hasn't successfully done any mid-engine designed cars before (minus the Fiero... and that wasn't overly successful) there is a very good chance it won't be perfect when launched.

I know GM is testing the C8 Corvette extensively and that is definitely a good thing but with a change with large in the Corvette lineup there is bound to be problems. It wasn't that long ago that the car was rumored to have been delayed due to electrical issues which were later determined to be because of a whole new electrical architecture GM is using in this car. Right off the bat the car was delayed for improvements which doesn't sit well with me due to the fact that this car is already a huge change from the "normal" Corvette.

What Does This Mean For The Buyer Of The C8 Corvette?

A car like the Corvette has had a very similar setup for years. That means GM has had years to perfect the design. The C8 Corvette being mid-engine is a relatively new concept for GM and while I have faith they can do it, it doesn't mean it will be perfect right away.

Even the C7 Corvette, which GM has had a lot of time to perfect the overall design of, had issues when it was first released which were things like bad paint jobs, wheel issues, interior leather pulling apart, etc. First year models of any car (especially ones that have undergone such a huge change) are almost always a bad idea if you want to avoid problems like this.

When Is The Time To Buy Your C8 Corvette?

This is a good question. I'd like to say the 2nd year model but, if the issues are big enough this may not be enough time either. If you compare the C7 Corvette to the C8 Corvette you will see that the car is undergoing some of the biggest changes that any company has ever given a sports car. While the refresh is nice to see it's inevitably going to lead to first year buying issues.

If you are aware of this as a potential problem (as we have all heard "knowing is half the battle") you can protect yourself and get the mid-engine Corvette you dream of in due time! Here's to a successful, problem free launch of the brand new C8 Corvette!

See you in my next story where I am discussing the 2020 C8 Corvette Convertible and Targa options.