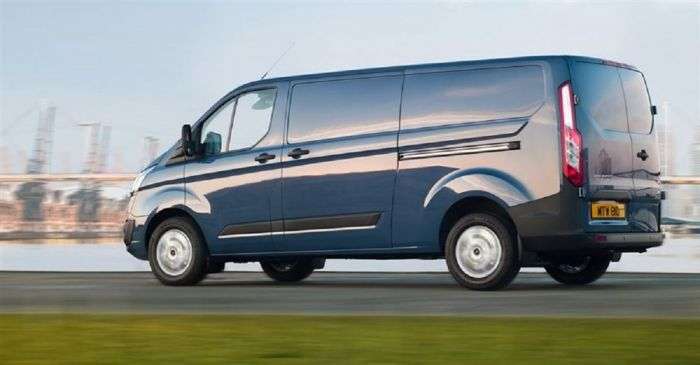 7 Reasons To Choose Ford Transit Custom vs Other Vans

Camper vans grow in popularity in Europe. Do you know that UK has the largest Used Car Market in the whole Europe? Some 7 million used cars were sold in the British Isles in 2014. That is a huge number and companies like the Jennings Motor Group rules the roost when it comes to used cars.
Advertisement

When you are looking for a Van in which you get a feeling of a Car, the Ford Transit Custom easily beats the rest. The Ford Transit has a car-like cabin with a greater safety. This is one of the finest mid-weight vans moving around. So the next time when you look for a used van here are few points because of which you may want to look into the ford Transit Custom.

1) Feature to extend your Load Space – This means that the load area is separated from the passenger cabin by a full height and full weight bulkhead. Why display your valuables on the roof top when you can put them through the rear doors into an extended area under the van’s dual passenger seat.

2) Trailer safety - A trailer sway control informs you about trailer sway so that you may control towing. Thus you will be reducing engine’s torque while gradually increasing the brake pressure. Cool, eh?

3) Pedestrian-friendly – You are fore-warned of vehicles and pedestrian by a Pre-Collision. The system applies the brakes automatically if you do not respond, thus preventing any collision. It functions at the speed up to 50 mph.

4) Advanced Hands-free Tech - Your mobile device is connected with the Ford SYNC via blue-tooth enabling you to use your voice to control music or to take calls hands-free. There is also an AppLink so that you may voice-control some of the popular Apps in your Android Phone. If there is an accident there is a further feature known as Emergency Assistance, designed to place a call with Emergency Services.

5) Feeling Big - The front, side and curtain airbags, along with ABS and ESC stability control are really cool for a Van. Add with it the body structure, made of high strength material such as Boron, and you will definitely get a feeling of driving a big station wagon and not just an ordinary Van.

6) Best Panel Van – There were two wheelbases and a single roof height when the Ford Transit Custom was launched. A high roof was added later. These vans are front wheel drive and you can choose from three version of EcoBlue 2.0 liter engine, enabling up to 15% fuel saving. A six-speed manual gear box is connected to all engines.

7) Security – The Ford Transit Custom is secured with a remote control central door locking; whereas there is an added option of opening one door without automatically unlocking the others. Two different types of alarms are available but they are optional.

Transit Custom was Europe’s top selling van in the one-tonne segment for 2015 and 2016, and lead again in 2017 with 86,400 sold by September of 2017. In recent months however, the UK car sales were falling as consumers are shun diesel cars. It was not by accident that I mentioned the Jennings Motor Group at the top of this article. It's because I contacted them to ask about sales numbers, in particular about the Ford Transit Custom as one of UK's leading dealership groups, but so far I haven't heard from them. I will update this story once I hear from them.

Ford Transit Customs make good camper vans. Recently, for example, the German Westfalia squeezed a private toilet into its latest Ford Transit camper van. But what is even more interesting, is that as UK EV sales are growing last year we saw of a transformation of Ford Transit into a range-extended electric vehicle. As the European countries crack down on emissions from road vehicles, automakers are stepping up with solutions to reduce levels of smog-causing nitrogen oxides, especially in city centers. Ford identified the commercial vehicle segment as one it believes is ripe for electrification, and last year in September it revealed its Ford Transit Plug-In Hybrid van.

What is your favorite van for camping? Please share your thoughts in the comments section below for discussion.