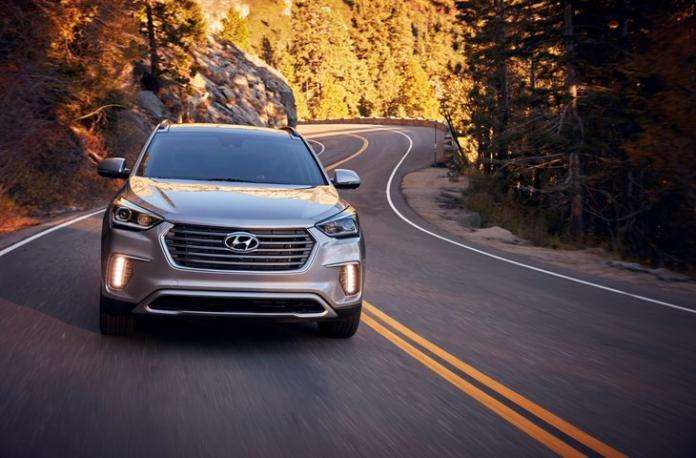 Earlier this week, we brought you a Hyundai designer’s takes on how the brand’s styling will change in the future.
Advertisement

That designer, Luc Donckerwalke, also talked about other topics in addition to Hyundai's future styling, such as globalization, during his meetings with the media at the company’s launch of the Hyundai Kona compact crossover SUV in Korea.

We already detailed his comments regarding how there will be more design differentiation across Hyundai’s lineup, but his thoughts on globalization – a word that has been bandied about a fair bit in the Trump/Brexit era – are interesting. Especially since the automotive industry is so global.

Specifically, he talked about how globalization affects automotive design. Spoiler alert: It’s not good, from a design perspective.

“We breathe the same air, we eat the same food, we read the same books and magazines, we listen to the same music. It makes things less interesting, and you have to learn less basically when you design a car,” Donckerwalke said, according to Ward’s Auto. “I think for me, when you travel and don’t have the instant cultural shock, then you travel for nothing. [When] a clinic test done in China and in [the] U.S.A. and in Europe provide[s] the same results, everything starts to be generic.”

He did say that China’s push for electric vehicles may create some more unique designs, at least in the short term.

“That thing will probably end up creating, for a certain amount of time, a regionalization of the products. But it will not last long,” he said. “Even with all the populist trends we see everywhere they will never last very long. So this is only just some impulses that have been done locally, but soon the whole market opens up again.”

He called cars designed with a global audience in mind “average” and suggested the most iconic designs didn’t hue to an ideal of universal appeasement.

“Like an iPhone, they impose a concept. And they became pure therefore, because a Porsche 911 was a German car designed by German engineers for German engineers and nothing else. Nowadays, this is not possible anymore,” he said, according to Ward’s. “You have to address all the markets and automatically you are reducing the risk. But by my opinion, you are increasing the risks by making sure nobody is turned off by some elements of the car. So this is something you have to fight against each time you design a car. You have to make sure you don’t lose the essence of your car.”

Like many in the industry, he’s looking forward to the challenges that a coming wave of autonomous and/or electric vehicles will present.

“There is not a better moment for a designer, because you can learn a lot and you can apply a lot of knowledge to – you can basically change the ballast. Get rid of the ballast and create again. There is nothing simpler than an electric car.”

Don't Miss: Will the Hyundai Veloster N Have a Manual Trans?

Jesse wrote on July 2, 2017 - 9:07pm Permalink
This has been my complaint since the aerodynamic styling theme took over the automotive industry decades ago. How many times have I seen a car going down the road only to look at the name tag to see the make and model. Buick is a great example. Look at the Buick automobiles (not SUV's) and one literally has to look at the name tag to see which model one is looking at. And now the new Honda Accord is gonna look like the Civic?? And with each new generation of a particular brand, the vehicles look even more aerodynamic. The roofline is lowered, hence a lowered seating position to preserve headroom, which in turn causes visibility to suffer along with an uncomfortable driving position. No wonder we have a backup camera on vehicles now. Glad no one told Lee Iacocca that the long hood, short deck of that upstart Ford Mustang would never sell. Cars today have no soul, elicit no emotion and fosters the mundane aerodynamic abyss which consumers find themselves in. I am glad I am from a generation where individuality in car styling was the norm (thank you Bill Mitchell), not the conformity we have today. Fortunately I have no trouble telling truck makes and models apart........amen!!