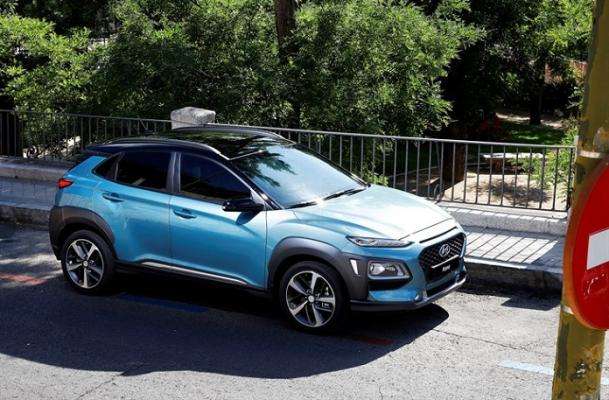 How Does the 2018 Hyundai Kona Drive?

Earlier this week, Hyundai finally took the wraps off of its new Kona B-segment crossover, after months of teasers.
Advertisement

Kona Comes Next Year, Most Likely

As SlashGear writer Benjamin Hunting notes, the Kona will be coming to market later than its competitors, such as the Honda HR-V and Jeep Renegade. He speculates that it will likely not hit American shores until the first quarter of 2018.

Hunting got to drive it at a Korean test track owned by Hyundai, so his impressions were limited.

The Kona will have SE, SEL, Limited, and Ultimate trims, and it looks like our previous reporting on American engine choice was correct – the two lower trims will have a 2.0-liter four-cylinder making around 150 horserpower (we had it pegged at 145 or so) while the top trims will get a turbocharged 1.6-liter four-cylinder that makes around 180 horsepower. The 2.0-liter will mate to a six-speed automatic transmission while the 1.6-liter will pair with a seven-speed dual-clutch unit. All-wheel drive will be optional.

Hunting is complimentary of the turbo, particularly at highway passing speeds, and he also remarked positively regarding the Kona’s quietness. The suspension’s ability to absorb bumps also got high marks, as did rear seat room. On the other side of the ledger, cargo space appeared “modest.”

In the end, Hunting concludes that the Kona’s looks, price, available convenience and safety features and driving dynamics make it a vehicle that should be instantly competitive in the segment once it finally arrives.