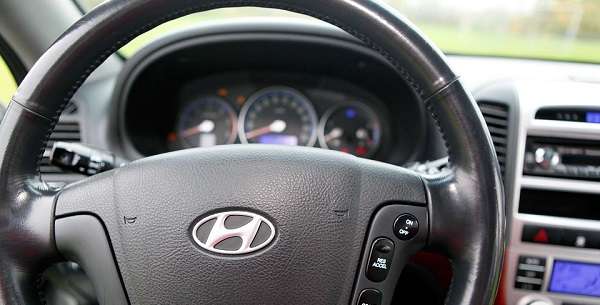 Recent developments with Hyundai Transmission issue show that Hyundai is faced with a problem and a huge opportunity.
Advertisement

You may remember the first article I ever wrote for Torquenews.com that detailed the horrifying story of a man who pulled out from a parking lot in a strip mall and found his engine could rev, but the car didn’t move, leaving him at the mercy of drivers who might or might not be empathetic to the plight of a driver betrayed by his ride. I said in the article that this issue had to be addressed quickly. Well, we have our answer now.

Naturally, this happens right after I dropped an article praising the rise of Hyundai from the ashes of its first car which had abysmal quality control and had a virtually uncontrolled downward spiral in sales as a result.

It looks to the outside observer that Hyundai may have gotten so proud of its record in increasing quality, rising to the point where its two brands, Kia and Hyundai, took the first and third places on J.D. Power’s ratings for initial quality, that it may just have taken its eye off the ball for a nanosecond or two.

Like they say “Pride goeth before a fall.” Was it pride, was it hubris? I don’t know, but I do know that this is disappointing. Really disappointing. Even more disappointing is that they had to be pushed by NHTSA to recall the cars to deal with this software issue.

I know that you may get sick and tired of hearing me talk about the new paradigm of car manufacture created by Tesla, but, when Tesla has a problem like this, and they have had problems with AutoPilot for example, they rewrite the code and send it out overnight to every Tesla so affected. I’ve got to emphasize this. Because they don’t have the capability to send the updates over the air, the only way to deal with the issue would be to have a massive recall and do it at the dealership. They need, and every other auto manufacturer needs, to come into the brave new world and speed up the reaction time when faced with a grave problem. Do it. Enable your new cars with the ability to update their software over the air.

Whither Goest Thou Hyundai?

So, Hyundai is faced with both a problem and a huge opportunity. Their quality control rise has been phenomenal. Now they have to change their corporate culture away from denial and rapid reaction. They need to get with the new program. (heh, heh, see what I did there? Software, program? Okay, not that funny, but I tried,)

Seriously folks. We shouldn’t have to wait weeks or months to correct bad software code. It’s 2016.