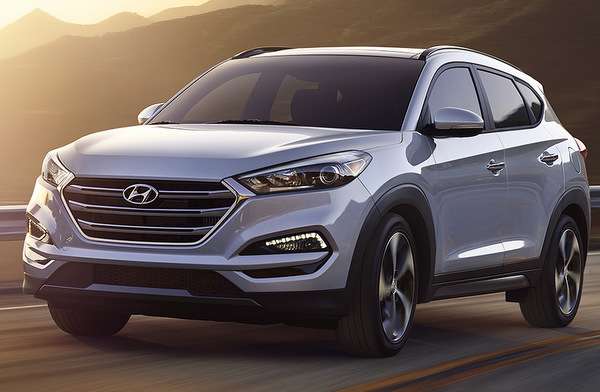 A Majority Of Tucson’s Involved

Looking at the numbers of vehicles involved in the recall, one would think that since only 41,000 crossovers are included, that the problem isn’t widespread. A further look at the number shows that the recall’s impact is quite extensive. The 41,000 vehicles affected represent fully 70 percent of the Tucson’s delivered by Hyundai through the end of August.

With such broad impact in such a key market – crossovers are the hottest market in vehicles sales now, eclipsing even traditional sedans that formerly were market leaders – you have to wonder why the software was not more rigorously tested before it went it became operational.

Since the transmission is such an essential piece of the functionality of a vehicle, it makes little sense to expose your hottest market to the major issues that follow something like an unreliable transmission in 70 percent of the new crossovers on the road.

One unnamed software expert, who asked for anonymity, pointed out that due to the incredible complexity of a device like the seven-speed, dual-clutch transmission, it makes very little sense even to begin using any new software packages that haven’t been adequately tested. “If you don’t test things the right way, you end up with a recall like the one they [Hyundai] announced today [Thursday],” the expert told Torque News in a phone interview. “It just doesn’t make sense, does it, to install what amounts to little more than alpha-level software in a transmission and then ask your customers to act as beta testers,” the expert emphasized.

This is the situation that exists, though. The expert also pointed out that Hyundai isn’t alone in this. Every automaker in the world is under incredible competitive pressure to get their wares out to increase market share. That pressure militates against proper software testing and development cycles. “It’s just the nature of the business today,” the expert concluded.

Meantime, the exact character of the recall issues was presented on the NHTSA website, www.safercar.gov. The software glitch is temperature-related. It seems that the control logic may become a bit confused by the warmth and issues begin to happen. Or, as NHTSA said in a posting:

If the acceleration loss occurs in traffic, the Tucson will slow down if the issue has just happened or it will stop. If it stops in traffic, NHTSA acknowledges that an accident could occur and that the risk of an accident is dramatically increased. So far, no crashes or injuries have been linked to the software problem.

The problem affects Tucson’s built between May 20, 2015 and May 31, 2016. The vehicles were equipped with the EcoShift Dual-Clutch Transmission.

alice sheridan wrote on September 29, 2017 - 5:06pm Permalink
we purchased a 2017 Hyundai Tucson in February/2017, from Hyundai/Roseville/CA and are having the same 7speed tranny issues. they have our car today (9/29/17) for the second time and they again find no problem. we have a rental from them and will go back Monday 110/2, so we can go personally in the car with the tech for a test drive. i feel we are getting the run-around. i will be contacting the NHTSA. and have contacted a noted lemon law atty in the Bay Area/CA. the trip Monday will satisfy our 3rd attempt (per lemon law/CA) to get this remedied. the service manager has no remedy for us. the store manager is out. there is a list a mile long of complaints online but Hyundai says they have "maybe one complaint about a year ago". laughable and unacceptable.
Fred Bar wrote on December 29, 2018 - 3:22pm Permalink
Why would I have this type of automatic shifting manually shifting for me AT THE WRONG TIME? For that I rather drive a manual where I CAN MAKE THE RIGHT DECISION AT THE RIGHT TIME! Hyundai, you already have an excellent 6-speed automatic transmission....As a matter of fact you even use this in the Sportage 2.0 Turbo. No need for complexity in the name of marketability (you are not VW, you are Hyundai, OK?)
Tony H. wrote on October 12, 2020 - 12:24pm Permalink
We have a 2017 Hyundai Tucson limited Ultimate. It now has 31,000 on it. Everytime I go to the dealer since we bought it new, I ask if there is a fix for this duel clutch transmission without a brain. They told me the same song and dance about that's just how DCT works. We started feeling the light shutter at about 10k miles. Still they always say no update and nothing is wrong. Took it back again bc it has gotten a little worse slowly over time. They finally looked at it for the 24th time and said the clutch pack is shot. I like the suv but between this problem and our local Hyundai dealer is the absolute worst service I've EVER seen. No more Hyundai's for me only bc our dealer is so bad. Been waiting for 3 weeks for then to come in bc they forgot to oder the part. Getting the clutch pack done soon, I'll keep you up to date.