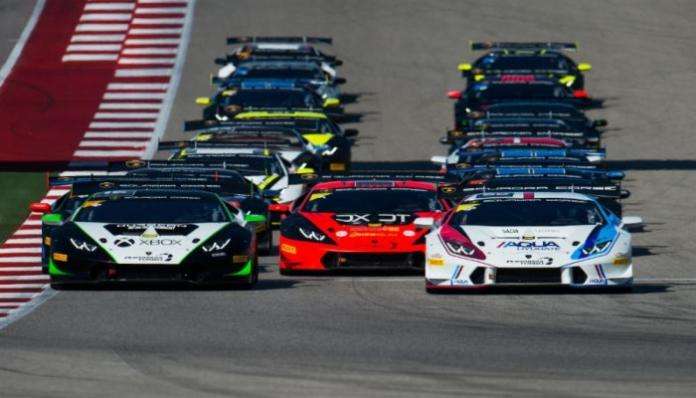 With only points separating drivers in many classes of the Lamborghini Super Trofeo North America, the racing series moved to Watkins Glen, the historic upstate New York racing venue, for its second stop of the season. The famed venue was to play host Friday and Saturday to Rounds 3 and 4 of the road-racing championship.Lambo race series moves to Upstate New York

When the checkered flag has signaled the end of the weekend’s racing, there could be new leaders in each of the series’ four divisions – Pro, Pro-Am, Amateur (Am) and Lamborghini Cup, a class for those new to professional racing.

Richie Antinucci, currently the leader in the Pro division, returns to defend his lead at the wheel of the No. 16 Change Racing entry, representing Lamborghini Carolinas. Antinucci is the only driver to score two wins in the season’s opening round at the Circuit of the Americas.

Riccardo Agostini and Trent Hindman, sharing the driving chores of the No. 1 Prestige Performance entry, are also in the Pro class championship points hunt. And, Ashley Freiberg, the pilot of the No. 30 DAC Motorsports entry, is also in the mix. Agostini and Hindman are driving an entry representing Lamborghini Paramus, while Freiberg’s ride represents Lamborghini Palm Beach.

In the Pro-Am class, Edoardo Piscopo and Taylor Proto, driving the No. 50 US RaceTronics entry, hold a five-point lead over the No. 46 DAC Motorsport racecar of Brandon Gdovic and Todd Snyder. Following them is the all-women driving team of Pipa Mann and Jackie Heinricher who are being the wheel of the No. 57 Prestige Performance entry, fielded by Lamborghini Paramus. Piscopo and Proto are driving a car furnished by Lamborghini Beverly Hills, while Gdovic and Snyder are piloting the Lamborghini Palm Beach entry.

There’s a traffic jam atop the Amateur category with only nine points separating four entries. Last year’s Pro-Am winner at the Glen, Brian Thienes, leads the field in the No. 28 US RaceTronics entry, representing Lamborghini Beverly Hills. Following him closely are Emmanuel Anassis and Patrice Brisebois, driving the No. 19 entry of Lamborghini Palm Beach. Yuki Harata, who stood on the podium twice in the season-opening rounds, is third in the points hunt. He is piloting the No. 55 Dream Racing Motorsport entry, representing Lamborghini Las Vegas.

Racing was to begin for the 23-car field Friday with two 50-minute sprint races on the 3.4-mile circuit. Race 1 was set for later Friday with Race 2 scheduled Saturday. Race coverage will be live-streamed on squadracorse.lamborghini.com, motortrendondemand.com and Internationally on imsa.tv and radiolemans.com. CBS Sports will air tape-delated coverage of the race in primetime. The coverage will feature live commentary on both the broadcast and live streams. The 23-car field will take to the 3.4-mile Watkins Glen International circuit in two 50-minute sprint races over the course of the weekend. Race 1 will start at 4:50 p.m (ET) Friday, June 30, with Race 2 at 5:10 p.m. Saturday, July 1. The North American series continues to attract increasing interest from competitors and viewers.