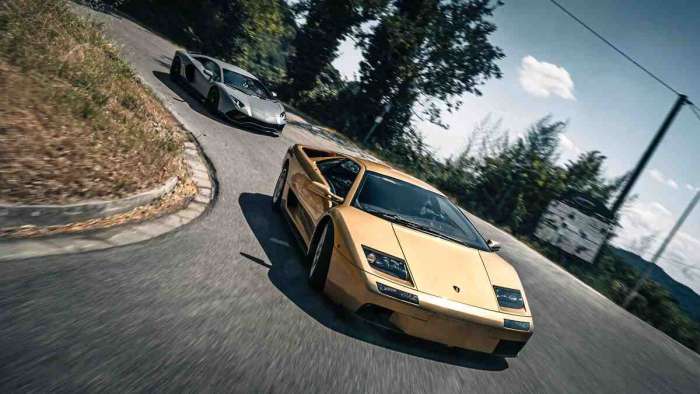 The days of conventional engines at Lamborghini are now numbered.
Advertisement

Lamborghini has confirmed that for the 2023 model year, the successor to its legendary Diablo and Aventador will switch to a new plug-in hybrid (PHEV) powertrain. The note appeared in a press release that overviewed the company’s V12 supercar history.

Plug-in hybrids offer many advantages to most types of vehicles. For a supercar driven almost exclusively for pleasure, the V12 PHEV in a Lamborghini has only two purposes. The first is to comply with areas in Europe and soon elsewhere, in which vehicles emitting zero local emissions can be operated. Being a PHEV will allow the vehicle to move in an out of these areas and comply with the local laws.

The second benefit is an increase in torque. Electrification enables a powertrain to have more torque at a lower RPM. Here, the Lamborghini will gain some potential performance, but it is really not meaningful in a car that also has a V12.

Lamborghini will join other brands like Porsche and BMW that have switched their cars to PHEV powertrains or developed them with one from the outset. BMW is a good example. Its i8 has a PHEV powertrain and has since its inception. The i8 was developed a decade ago.

The Porsche Panamera S E-Hybrid is another high-performance vehicle with a PHEV powertrain. Porsche has been incorporating electrification into its cars now for about fifteen years.

In related news, spy photos published at Motor1.com indicate that Lamborghini is also planning a Urus SUV with a plug-in hybrid powertrain. Speculation as to the source of the powertrain includes one of VW-Audi-Porsche’s existing plug-in hybrid powertrains. After all, since PHEVs are considered by many to be a bride to full electrification, why bother to develop an engine for an ultra-low volume brand if a parent brand already has one?

Watch Torque News for more updates to come on the PHEV supercar coming soon from Lamborghini.