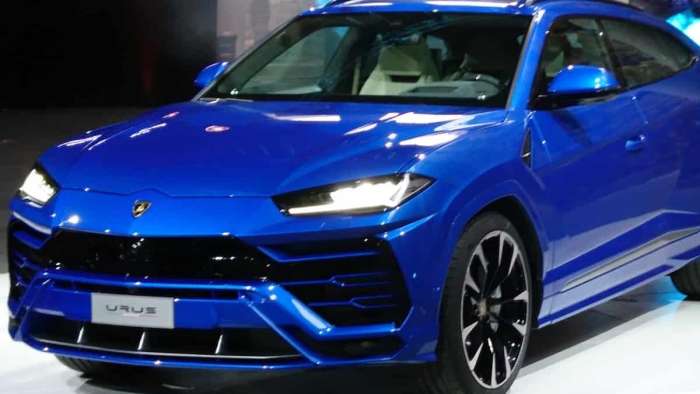 Authorities are continuing their manhunt for the fourth car thief who boosted two Lamborghini SUVs early today from a luxury dealership west of Boston. Local police arrested a pair of the car thieves near the dealership as the two others sped away in the luxury SUVs. Later in the day, the thieves played bumper car with the Lambos and police captured the third thief.
Advertisement

State Police and officers from two departments were on the hunt today for the fourth member of a quartet of car thieves that boosted two Lamborghini Urus SUVs from a luxury dealership about 20 miles west of Boston in Wayland, Mass. Authorities recovered the Lambos – one black, the other white -- five hours after their theft following a crash involving the luxury SUVs.

Incident Began Early In The Morning

The car thieves stole the luxury Lambos from Herb Chambers Lamborghini, located off Route 20 in East Central Massachusetts. The incident began about 3 a.m. today when an alarm company notified the police headquarters that there had been a break at the dealership. Officers responding to the alarm saw the stolen Lamborghini SUVs racing from the dealership, followed apparently by a chase car. Police stopped the third car which they believe transported the thieves who stole the Lambos, valued at more than $250,000 each.

“We knew entry was gained to the building through a smashed window. They then obtained keys and used them to take the cars that were in the front lot,” said Weyland police Lt. Sean Gibbons.

Police arrested the first pair of suspects after they stopped the chase car near the dealership. Police then caught the third member of the trio in Malden, a city 20 miles northeast of the dealership, after the thieves played bumper cars with the stolen Lambos, cracking them up about 8 a.m. The fourth car thief is still on the run as continue to hunt him. “It took us a total of five hours to solve the case and recover the vehicles,” Gibbons told the media.

Dealer Thanks Police For Their Quick Work

A spokesman for the Herb Chambers Companies, owner of the Lamborghini dealership, thanked police for their quick work on the case. George Regan, the spokesman for Chambers, said:

“The Herb Chambers Companies would like to thank the Wayland police and other agencies for their quick response and outstanding work. Our technology resources were helpful in this case, and we continue to work with, and support investigators as the case moves forward.” The investigation is continuing.

The Herb Chambers Companies are the largest dealer group in Massachusetts. Chambers sells both domestics and imports.