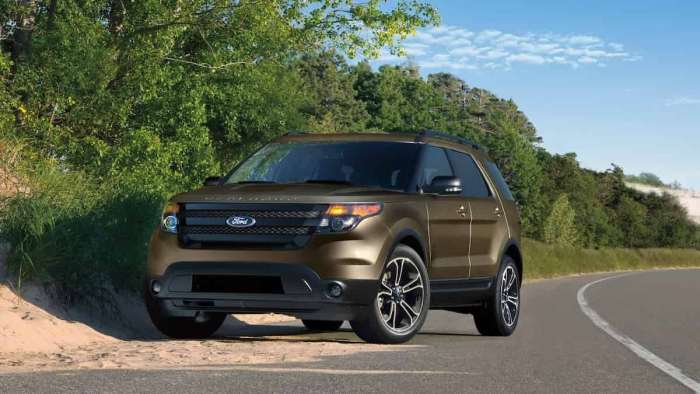 So far this model year, there have been stories regarding the rocky launch that the Ford Explorer has faced following a ground-up rework. The news continues as the SUV has been recalled a total of 10 times for various issues. Its corporate twin, the Lincoln Aviator, has been recalled six times.
Advertisement

In what could be the last safety recalls of the year from Ford has launched the automaker has recalled more than 33,000 E-Series vans and SUVs for engine repairs. Both recalls are significant, even though the numbers are relatively small.

Ford has launched a pair of recalls involving the 2020 Explorer and its corporate twin, the 2020 Lincoln Aviator. Ford recalled the Explorer for the 10th time this year, while the Aviator, based on the Explorer, follows with six. Though owners likely complain about bringing their vehicles into dealerships so often, it is a good move in the long run.

In the long run, dealers will have a chance to follow Explorers and Aviators that have returned multiple times. Meantime, owners will be able to develop relationships with their techs, who will likely find their advice being taken by owners if they do good work. Some might see this statement as a stretch, but in the long run, it isn't.

Still, you might find folks thinking about their vehicles in different lights after they have brought it back to the dealership multiple times for the same problem. Of course, the price of the vehicle might have a bit to do with it. For example, when we were bringing our Focus into the dealership in 2000, its price was only about $12,500. Contrast this with the Explorer's cost, whose pricing runs from about $32,000 to $48,000, or the Aviator, whose pricing is about $51,000. There is a considerable difference. I recently wrote about another Aviator recall for issues with driveshafts.

Let's take a closer look at a recall program from a couple of decades ago that involved a then-new subcompact car. About 20 years ago, Ford introduced a then-new Mazda and Ford subcompact, made at the Flat Rock Assembly Plant in Michigan. The automaker built two models using the same platform, the Mazda RX-3, and the Ford Focus. (The reason I know about this particular program because we owned a 2000 Focus, the Ford version.)

The Issue Required Several Trips Back To The Dealer

To say that we returned quite frequently to the dealership for the same problem/s was putting it mildly. We must have returned half-a-dozen or more times in the first couple of months of ownership.

The problems involved, among other issues, a continuing need to fix the balance on the tires. And then there were suspension issues. Each of these issues had us returning to the dealership for further service. Ultimately, we worked the kinks out of the subcompact sedan. It became a competent road machine.

Fast-forward two decades to 2020, and you will likely have some very disgruntled owners because these are not inexpensive vehicles. So far, the SUVs have returned to dealerships 16 times, 10 times for the Explorer, and six for the Aviator, issues such as the motor mounts. This is the first year either of them has been on sale in its current configuration. Explorer underwent a major restyle while the Aviator is a new offering for Lincoln based on the Explorer.

The current recall is for potentially lousy motor mounts. Indeed, the Roadshow noted that over time, the mounts could "loosen up and disconnect from the engine altogether. In this situation, the SUVs will exhibit sudden losses of power. In turn, this increases the risk of crashing. As is usual, Ford has said it isn't aware of any crashes or injuries involving the issue.

Truthfully, this is a small recall involving only 1,405 2020-2021 Explorers and Aviators. To repair the problem, owners have to bring their SUVs back to their dealership. The fix is simple: a technician will replace the right-hand motor mounts, thus keeping everything right where things belong. Ford expects to begin notifying customers in February. Affected vehicles were built at Chicago Assembly Plant July 28-30, 2020.

In the E-Series recall, there is the possibility that insulation on the underside of the engine cover may not extend to the perimeter of the engine, as intended.

If you are familiar with the E-Series interior, you know that the engine intrudes into the passenger compartment. Because of the insulation's mispositioning, the heat from the engine compartment may rise unacceptably, causing the engine cover to become dangerously hot for the driver and passenger. Passengers may become burned after contact with some areas of the surface of the engine cover.

In a related problem, the raised engine cover surface temperatures can also cause problems with features such as the Stationary Elevated Idle Control or Battery Charge Protect if the vehicle has them installed

Ford Unaware Of Crashes Or Injuries

Ford says it is not aware of any accidents or injuries related to this condition. The recall action affects about 29,344 vehicles in the U.S. and its territories and 2,412 vehicles in Canada. Ford built the vehicles at its Ohio Assembly Plant from May 11, 2019, to Nov. 13, 2020. 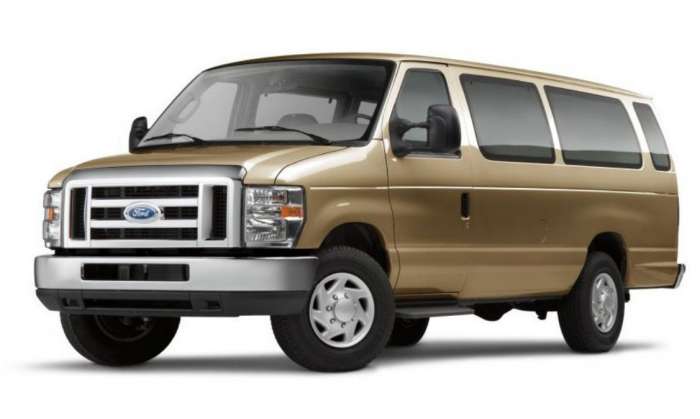