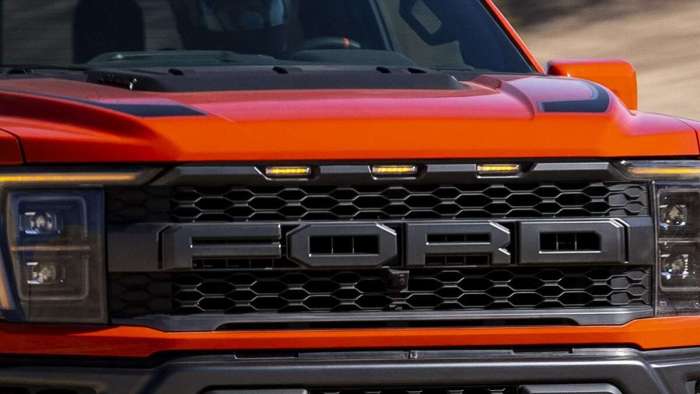 With only three days and counting, Ford will introduce the exciting and more powerful new F-150 Raptor R. There will be few telltales on the outside, but under the hood there will be another story.
Advertisement

The traditional part of the business – which has millions of supporters – still believes in internal combustion engines (ICE). The segment also still believes in power, power, and more power. How else can you explain the horsepower war between the RAM and Ford? The current leader in this wide-ranging skirmish is RAM's TRX. Ford's answer to the RAM entry is the upcoming Ford F-150 Raptor R. It's entirely possible, according to Muscle Cars and Trucks (MCT), that the Ford entry will eventually take the horsepower crown from the TRX.

Auto journalists were shown the prototype Ford F-150 Raptor R last month during a drive program for the Bronco Raptor. As MCT said, the peak only helped to "fuel the excitement" over the upcoming F-150 Raptor R, which is due to debut in less than a week.

At this point, though a lot is known about the upcoming performance pickup, MCT noted in an advance story on the F-150 Raptor R that it is "hard to say what transmission" will be used with the "potent engine of the Raptor R." Speculation centers on the same seven-speed dual-clutch gearbox found on the Shelby.

However, another recent leak "points to a P702 Transmission with a new torque converter, turbine dampener and better 10R80." The tranny would remain a 10-speed, but with upgrades that have been completed to this tranny, the transmission means that this "scary fast" truck will slam into gear more quickly than the Chevy Camaro ZL1.

The Only Telltale Will Be Unique Badging

If you are seeking any unique looks for the new Raptor R, it is unlikely there will be anything special. MCT said the only thing that might be special would be the Raptor R badging this week. This does mean that since the truck is nearly a clone of the standard Raptor, the F-150 Raptor R "could be a bit of a sleeper."