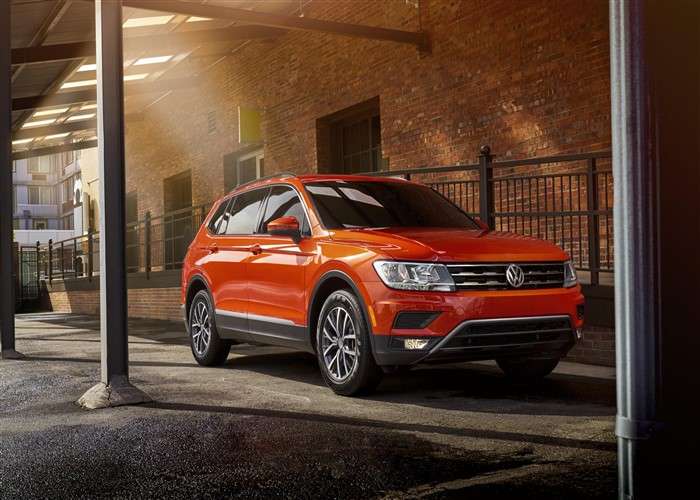 Do auto ads tell the truth? Not if they are talking about four-wheel-drive

So, you think auto ads tell the truth? Here's the easy answer, uh-uh; nope, they don't; nah, not even close sometimes, especially if they are talking about four-wheel-drive or all-wheel-drive.
Advertisement

Here’s something that amazes me! Nearly every automaker’s all-wheel-drive or four-wheel-drive series seems to have some silly advertising that is supposed to tout the vehicle’s excellent handling ability in things like snow, mud, ice, China’s famed 99-turn Dragon Road and the 999-step 45-degree pitch stairway to Heaven’s Gate.

Now, just why on earth would anyone base a car purchase on a bunch of video shot that emphasizes only one aspect of a crossover, its snow-handling characteristics is beyond me. I imagine they believe that by showing the new Jeep Compass racing along snow-covered roads through the woods somehow makes that particular driving machine better than all the others on the planet. And, to be honest, I have to admit it’s well done.

However, there’s an unstated assumption that comes shining through TV ads, and it is that all-wheel-drive makes a vehicle invincible in the snow. After spending a long time driving the snow-covered winter roads the Eastern United States in many cars, I have learned one thing: there is no such thing as invincibility in the snow, no matter how much a manufacturer may want to imply there is.

Truthfully, if you were to look either ad for Jeep and Honda making the rounds, you would think that the Jeep Compass or Honda CR-V, quickly toolin over ice and snow, are invincible. And, that’s precisely how Fiat Chrysler Autos (FCA) or Honda want you to feel. However, if you were to contemplate driving the way the professional driver who is actually behind the wheel is handling things, I can guarantee you that somewhere in the first 10 minutes – probably less – of your run, you would end up stuffing the Jeep into a snowbank or a tree or a utility pole. Why would I say this; do you think I am questioning your driving skills?

No, I am not questioning anyone’s skill level. Let’s face it, any driver between 25 and 75 is more than likely competent behind the wheel. If a driver weren’t then that person would find it either nearly impossble to buy insurance, or if he or she could purchase the insurance, it would be so expensive that it would be cost-prohibitive. The issue is that while most drivers are competent, they are also not professionals.

Okay, we’ve established that most drivers are competent, but not professionals, so what does it mean? It means that the ad showing the Jeep rocketing through the snow – after showing the critical move, the proper transmission dial setting – is misleading. It says that by merely setting the tranny dial you automatically have the same skill level as the pro. And, you may be thinking that I am probably off my meds or something, but I am not. Many years of automotive writing experience and dealing with my audience and questions show that usually, people assume that they can replicate anything they see on TV.

Here’s the thing about four-wheel-drive or all-wheel-drive. It is not and never has been designed to make you invincible in the snow or slop. When four-wheel-drive appeared in the far off days of the 1920s, it was merely meant to get you out of problems like snowbanks and over slick spots with increased traction. It was never intended for high speed use which is what makes the FCA and Honda ads so disingenuous. A professional driver who has a feel for the vehicle can make it do things that you can’t believe, which the average driver usually cannot do without lots of training. That’s why ads showing crossovers racing through the snow are not believable. They should be taken off the air because they encourage the idiotic behavior.

Moving to the next ad, it is the story of the Range Rover hybrid and China’s Dragon Road and its 99 turns and its “Stairway to Heaven” and its 990 steps at 45 degrees. According to an article I read on that piece of driving – it is excellent – the driver was more than a little nervous tackling the whole project. And from the same article, I gleaned something that isn’t apparent to the average viewer; there are no links between the routes, though there appear to be.

The professional driver involved did the Dragon Road course with its turns first and then moved to the next piece of driving, the Stairway. Honestly, the route is quite dizzying. The driver did it at a fast pace, quickly showing his skills.

The point here is that the Range Rover hybrid is quite a capable vehicle and it can do just about anything the professional driver asks for. Again, please note that the guy behind the wheel is a pro, who has driven competitively at speed. According to reports, he was quite nervous and, apparently, surprised that things went as smoothly as they did. You can observe this by watching the air fist-pump at the conclusion of the ad.

At least, this ad shows what a vehicle can do. And, unless you happen to have a yen for traveling thousands of miles and a spare, say $65,000 for a hybrid, then it is quite unlikely you will be doing anything silly in a Range Rover hybrid. Also, it’s highly unlikely that you will get government permission from China to drive your SUV near or on sites that are their national treasures.

And, finally, on the lighter side of things we come to the VW Tiguan ad (2018 model) that is a play on the meteor destroys earth gambit. Honestly, the concept of this ad is somewhat silly. Here we have a couple of Millenials who are racing to save a few items from their home as the media hollers about a meteor hurtling towards earth. The pair run through the house pulling together things they will “truly” need to survive in a post-apocalypse setting – golf clubs, really? -- but it’s played for laughs, so who said things have to be very real, in the first place?

Well, it seems our pair of young homeowners find their Tiguan has lots of space for hauling cargo – more than they expected – so they run back through their home for another round of saving essential things, like an exercise ball. And, of course, they have to protect their large screen TV. And, they discover they still have more space, but, as we see up in the corner, the meteor keeps on its hurtle towards the earth, and the couple realizes it’s time to go.

So, does the Tiguan outrun the meteor?

Granted, the last ad is silly, but it does show one thing: somehow our value-system is skewed. Nothing they save will be of any use in the wilds of a rural, post-meteor America unless they find a vicious golf course in their way that needs taming. The ad says, not so implicitly, save your toys. Here’s a news flash for our intrepid Tiguan occupants, it should be the other way around: take stuff that will either be of use or that will help you survive.

So, what does this all mean? There are three distinct messages here. The first is that four-wheel-drive/all-wheel-drive isn’t precisely what you think it is. Other than getting moving in snow or icy conditions, all-wheel-drive/four-wheel-drive only means that at speed if you get into trouble, you will have an extra set of wheels driving you into more trouble. Four-wheel-drive isn’t a panacea; it is no answer to driving carefully in the snow. Indeed, there are times when the extra driving wheels may be of little use. The ad never mentions this simple fact. It presents all-wheel-dive as the way to conquer winter driving. It is not true. Oh, and by the way, there is no such verb as “to Honda,” though the automaker’s ad agency has tried to invent one. Leave the name alone, guys.

The second message is that there are all-wheel-drive vehicles that can do some pretty exciting things, however impractical running around a Chinese road course and then a very long downhill and uphill may be.

Finally, the VW ad is cute, and at least it does poke fun at itself.