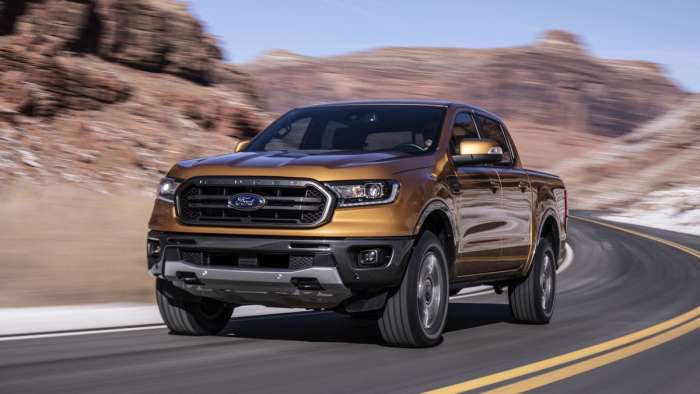 Why Ford is Investigating Its Mileage Numbers

Ford learned from a few employees that there could be errors in the way the company was computing mileage estimates. Ford explains what it is doing to investigate the potential problem.
Advertisement

Ford Motor has apparently learned from errors made by other auto companies and is now re-examining how it determines mileage estimates. Ford says that it learned from a handful of employees that it may be miscalculating some of the numbers. Ford alerted the Environmental Protection Agency and is now conducting an internal investigation. One of the first vehicles it will review is the 2019 Ford Ranger pickup, to determine if its fuel economy numbers were estimated correctly.

Earlier this year, Fiat Chrysler agreed to pay $800 million in penalties for over estimating the fuel economy on many diesel-powered vehicles. In 2018, Volkswagen was penalized and some of its executives faced charges for using “defeat devices” to raise the mileage estimates on its diesel vehicles.

Ford stresses that this investigation does not involve defeat devices of any kind.

How Problems Were Discovered

“In September, a handful of employees raised a concern through our Speak Up employee reporting channel regarding the analytical modeling that is part of our U.S. fuel economy and emissions compliance process.
At Ford, we believe that trust in our brand is earned by acting with integrity and transparency. As part of this, we have a process for looking at how we perform and behave in our broad and complex company.”

The investigation will look into how “road load” is calculated and used in the company’s computer modeling.

According to the EPA, the definition of road load is “Road-load is the force imparted on a vehicle while driving at constant speed over a smooth level surface from sources such as tire rolling resistance, driveline losses, and aerodynamic drag.” If Ford used the wrong road load numbers, it could affect the fuel mileage estimates.

Pittel says Ford is taking a number of steps as part of its investigation:

Ford says that at this time, there’s been no determination that this affects Ford’s fuel economy labels or emissions certifications.

Next Steps in the Investigation

Pittel concludes the statement saying, “We plan to work with regulators and the independent lab to complete a technical review. As part of our review, we have identified potential concerns with how we calculate road load. The first vehicle we are evaluating is the 2019 Ranger; we are assessing additional vehicles as well.
As always, we strive to be transparent with our customers, employees, dealers, shareholders and other stakeholders. We understand how important it is to all audiences that we thoroughly yet swiftly complete this investigation.”

It is very smart that Ford is trying to get out ahead of any possible federal investigation. It may be the company’s best hope of avoiding massive fines or loss of customer trust, if they do find any problem.