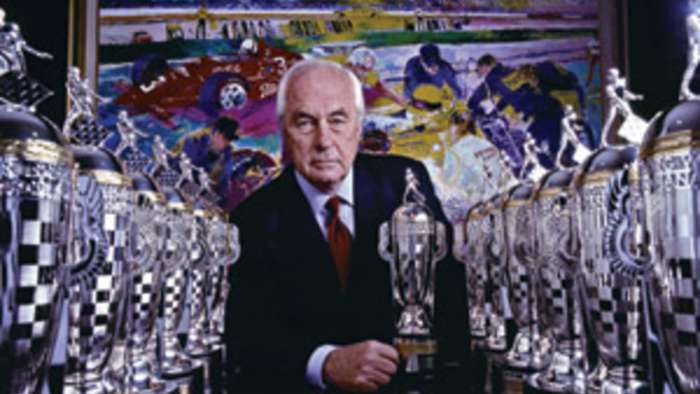 Roger Penske to Receive the Presidential Medal of Freedom

Roger Penske is responding to the news that President Trump will award him the nation's highest civilian honor.
Advertisement

Roger Penske is one of the most respected people in the automotive business. Known as "The Captain", he has built Penske Corporation into a world-wide business employing more than 65,000 people. Team Penske is revered on the race tracks in NASCAR and IndyCar. Roger Penske says he is honored and humbled by President Donald Trump’s announcement today that President Trump will be awarding him the Presidential Medal of Freedom.

82-year-old Penske released a statement saying, “It is truly an honor to be recognized by President Trump and awarded the Presidential Medal of Freedom. I am humbled by the President’s acknowledgement of our achievements in business, in motorsports and in our community. Thank you to President Trump for this special recognition. On behalf of my wife Kathy (Penske), our family and our nearly 65,000 team members worldwide, it will be my privilege to accept this prestigious award.”

Neither the President nor Penske indicated when he will receive the medal. Roger Penske was at the White House last week being honored alongside Simon Pagenaud for winning the Indianapolis 500.

President Made the Announcement

President Trump made the announcement at the White House, during an appearance with Canadian Prime Minister Justin Trudeau. The President is quoted as saying about Penske, “He’s a great guy. I’ve known him a long time. A very brilliant guy.”

Team Penske is one of the most successful teams in any type of professional sports. His teams have won the Indy 500 an incredible 18 times. He has two Daytona 500 Championships, as well as wins in Formula 1, 24 Hours of Daytona and the 12 Hours of Sebring.

More importantly, Roger Penske IS a great guy. Penske was committed to bringing the IndyCar Racing Series back to Detroit and has championed refurbishing Belle Isle. He funded work crews to help clean-up the downtown area and has remained committed to improving the city of Detroit. Penske was chairman of the committee that convinced the NFL to hold Superbowl XL, at Ford Field, in 2006.