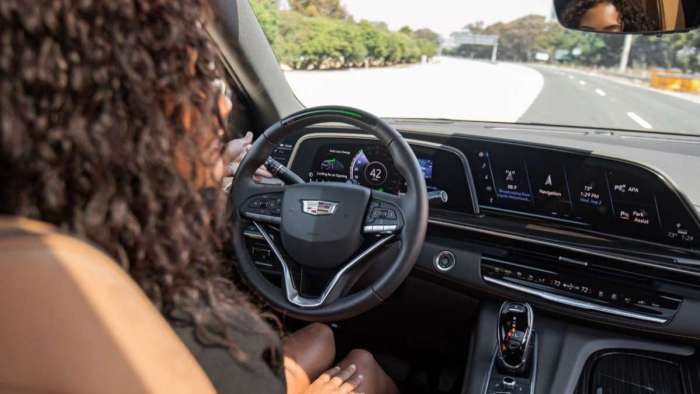 GM plans to double the Super Cruise network of roads. Drivers who have Super Cruise will soon be able to go "hands-free" on parts of the iconic Route 66 and other key highways.
Advertisement

Drivers of vehicles like the 2022 Chevrolet Silverado, that are equipped with Super Cruise, will be able to drive “hands-free” on thousands more miles of highways in the future. GM is planning to double the Super Cruise network of roads.

"GM is all in when it comes to accessible advanced driver assistance technology. We are adding Super Cruise to more vehicles than ever, and on more roads for more customers to experience,” said Mario Maiorana, GM chief engineer, Super Cruise. “We are pursuing what we believe to be the most comprehensive path to autonomy in the industry with responsible deployment of automated driving technology like Super Cruise at the core of what we do.”

Right now, Super Cruise only works on mapped divided highways, known as interstates. This Super Cruise update will enable Super Cruise to work on many additional state and federal routes, a combination of undivided and divided highway roads. GM customers have driven more than 34 million miles using Super Cruise on major roads in the U.S. and Canada. Super Cruise debuted on Cadillac vehicles but has since been shared with some Chevrolet and GMC models. The driver assist feature is extremely popular with some truck owners because it can even be used when towing.

In the near future, drivers with Super Cruise will be able to drive “hands-free” on major sections of iconic routes including:

Super Cruise has been praised for being the only true hands-free technology. The system monitors the driver’s head position and/or eyes in relation to the road to help ensure driver attention. If the driver’s eyes aren’t open or his head isn’t in the proper position, the system slows the vehicle down and won’t allow it to keep moving.

Super Cruise works using LiDAR map data, real-time cameras, radars and GPS to keep the vehicle traveling along the lane path for a hands-free driving experience. These systems work together through “sensor fusion” to create a sensory field around the vehicle that assists in keeping it centered in the lane while elevating the driver’s comfort and convenience.

Super Cruise accelerates or brakes the vehicle to maintain a selected following gap from a vehicle ahead, steers to maintain lane position, and on select models can perform both driver and system-initiated lane changes to pass slower traffic and to move from a lane that may be ending. Again, the system requires the driver to stay engaged and monitor when tricky situations may arise.

How the Super Cruise Update Will Happen

According to GM, for new vehicles in the GM portfolio built on the VIP electrical architecture, the expansion will be available later this year and will be delivered at no additional charge, over-the-air starting in 2022 on Super Cruise-equipped models.