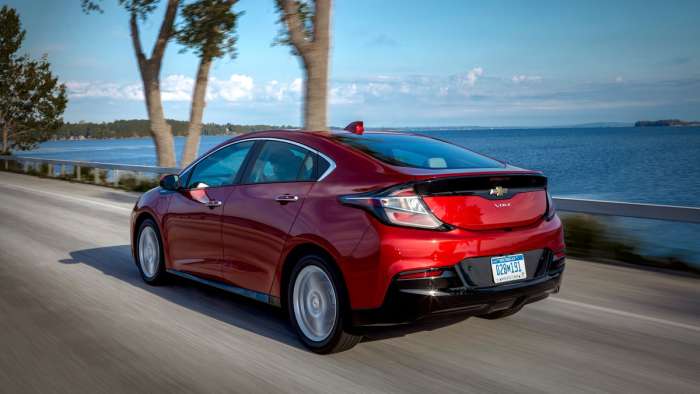 Chevrolet's Landmark Volt Reaches the End of Its Road

The Chevrolet Volt electrified the industry when it debuted as a concept car during the 2007 North American International Auto Show, in Detroit. The Volt was described as the future of the auto industry. It would revolutionize how automakers viewed electric vehicles. The 2019 Chevrolet Volt quietly ended production on February 15th, 2019, with no fanfare
.
Volt Plant Slated to Close

General Motors’ CEO announced late last year that the Detroit-Hamtramck plant where the Volt was built would be one of the five plants in North America to be unallocated. The D-Ham plant was originally supposed to stop production as of June 1, 2019.

General Motors has given the Detroit-Hamtramck plant a seven-month reprieve, saying it will now continue production of the Cadillac CT6 and the Chevrolet Impala at the plant until January of 2020. Depending on what happens with UAW negotiations, the company may still work out some sort of deal that would keep vehicle production at the D-Ham plant past January of 2020, but it appears production of the ground-breaking Volt is over.

I was there, in 2007, as General Motors’ Chairman and CEO Rick Waggoner and Vice-Chairman Bob Lutz described how the revolutionary car would work. They explained that the new vehicle would run first on battery power and when it ran low, the vehicle would switch over to a small gasoline-powered engine. They said the new hybrid system would eliminate a buyer’s “range anxiety”.

Customers finally started receiving their 2011 Chevrolet Volts in late 2010. The first versions could travel approximately 35 miles on the lithium-ion battery pack and then approximately 300 miles more on the four-cylinder gasoline engine. Later versions got further range on the battery packs as the technology progressed.

Still it is somewhat sad to see such a landmark vehicle as the Chevrolet Volt fade away. The Volt proved that Chevrolet could produce a game-changer and create an all-new vehicle. The Chevrolet Volt provided a spark of innovation and inspiration during General Motors’ bankruptcy. It provided desperately-needed hope for the future, and that will be its legacy.