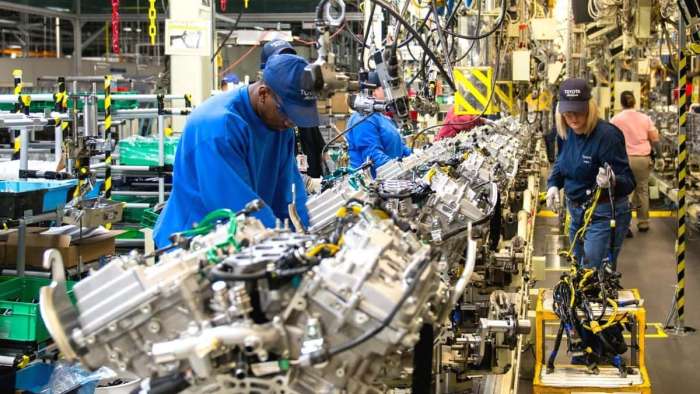 Mazda execs stated their goal to increase U.S sales via a five-year-old partnership with Toyota. This may lead to some exciting new models.
Advertisement

When we think of influential Japanese automakers, we think of Toyota, Honda, Nissan, and all their sub-companies like Lexus, Acura, and Infiniti. However, this past decade, one particular Japanese automaker has been pushing its way through the stiff competition and into American garages. That company? Mazda.

With the introduction of the Mazda Miata in the 90s, it became a huge JDM sensation in the United States. When Mazda released their compact SUV the MX-50, it suddenly started to become the new “soccer-mom car.”

However lately Mazda had been making plans to push even more into the U.S market. With gas prices higher than the Burj Khalifa, it’s the 1970’s all over again. No longer are people thinking about their lifted or squatted trucks looking cool, but now all of a sudden your wallet isn’t looking that cool either. That’s why the market for these affordable economic sedans and compact SUVs are starting to flood our streets…and Mazda wants in on it.

Toyota is one of the biggest automakers and auto groups in the world. The plan to partner with Mazda and have a mutual benefit from both sides has been in the talks for a while but just recently, Mazda added the note to increase U.S sales and push more cars out, with the help from Toyota.

Mazda was very impressed with that logistical system because they saw how detail-oriented and meticulous Toyota is. In an article by Forbes’ Peter Lyon, he wrote, “Toyota was, fortunately, able to offer its Kentucky plant to instruct a necessary compliment of workers to keep plans on track.”

With Toyota acting as a big brother to Mazda, I think that we will start to see more and more Mazda sedans, coupes, and compact SUVs roaming our streets. Hopefully, Mazda will want to reach out to the younger generation and push out some new cool cars. Perhaps a revamped MX-5 or a bring-back of the true Miata.

One question that arises however is what will Toyota benefit from this partnership? Toyota started to buy up minority shares in Mazda as part of this partnership and has started to even branch out to other automakers and buy up their shares as well. I think if Toyota gives logistics, technology, and manufacturing space to Mazda, hopefully, Toyota will benefit from the very same things that they have given.

If you might remember in the 1980s, American automakers started to partner up with Japanese automakers and each pushed out their variant of the exact same car. Cars such as the Eagle Talon, which was the Mitsubishi Eclipse, or the light pickups Ford made were taken from the Mazda B-series.

What do you think? Do you think this partnership with Mazda and Toyota will be a fruitful one? Let's start a discussion in the comment section below.

jordan wrote on March 31, 2022 - 11:56pm Permalink
Ummmm, you been living under a rock? This happened more than three years ago dude....the plant is up and operating and has been since last year.....Vast experience my ass....You're fired.....what a joke.....
Harutiun Hareyan wrote on April 1, 2022 - 8:05am Permalink
Hi, Jordan thank you for your comment. I apologize for having a misleading title. While the partnership is old, the revival to boost sales in the U.S came a few days ago. Thank you for bringing this to light.
jordan wrote on April 2, 2022 - 5:31pm Permalink
There is nothing new here, thats been the plan since August 2017 when the partnership was first announced....This latest announcement was about the first Mazdas coming off the line in the plan to make and sell cars in the US like they used to under the Ford banner, and how making cars in the US again could help sell more cars here. Research first, then type....geez