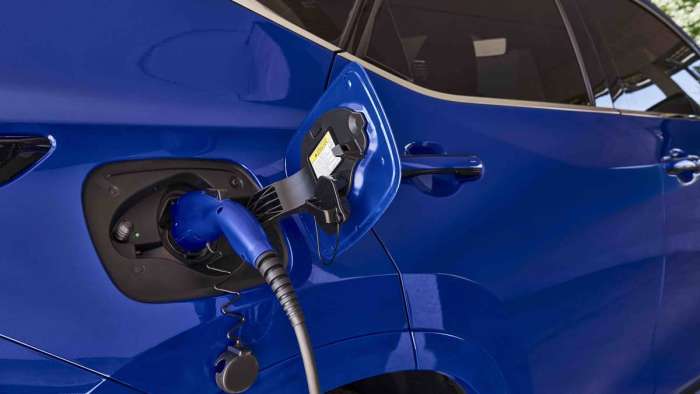 Lexus has just launched an updated NX crossover. The big news is that the NX now comes as a plug-in hybrid-electric vehicle. You will also want to know about the infotainment system setup and tires.
Advertisement

Lexus has updated its NX crossover series for 2022 and the big news is that it will have the powertrain from Toyota's hot RAV4 Prime. The plug-in hybrid-electric (PHEV) version is called the NX 450h+. Like the Prime version of the RAV4, the 450h+ version of the NX will be the fastest, most capable, and most efficient of the line. Like the RAV4 Prime, it will allow for all-electric operation for a commutable distance, roughly 36 miles, and then will revert to being a hybrid-electric vehicle when the EV range is depleted. The RAV4 Prime was the second-fastest selling vehicle in America this past March behind only the Corvette. To say the RAV4 Prime has been a success is a big understatement. 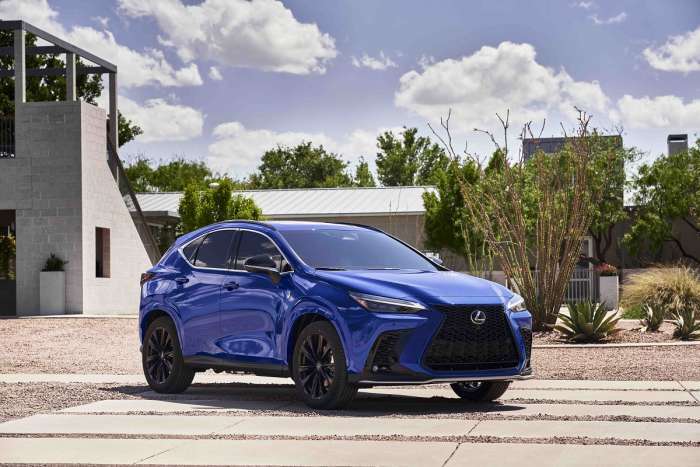 New NX Powertrain Options
The NX can come powered multiple ways. The familiar Hybrid trim is augmented by the 450h+ PHEV and also a new 2.4-liter turbocharged engine. The turbo will be for consumers who are not comfortable with electrification and will settle for a less responsive, slower, and less efficient powertrain. It is not the fastest of the engine options, the PHEV is. Lexus will also offer a standard non-turbo gas engine. We have no idea why this model needs four engine options, one of which is ridiculously slow and inefficient for the segment and the times, but perhaps it is to enable a very low entry price point for advertising. AWD is optional on some trims, but standard on the PHEV. In the NX 450h+, the AWD system is the ultra-modern all-electric AWD system from the RAV4 prime. 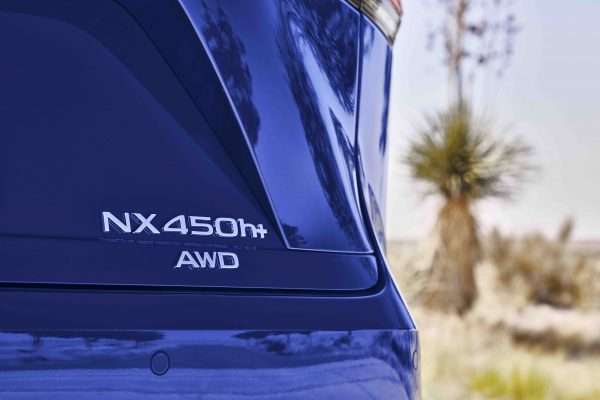 The MPG and power options above are partly estimates. Lexus has not filled in all the blanks yet. However, since the vehicle has many chared components with the RAV4, we do have good guesses. 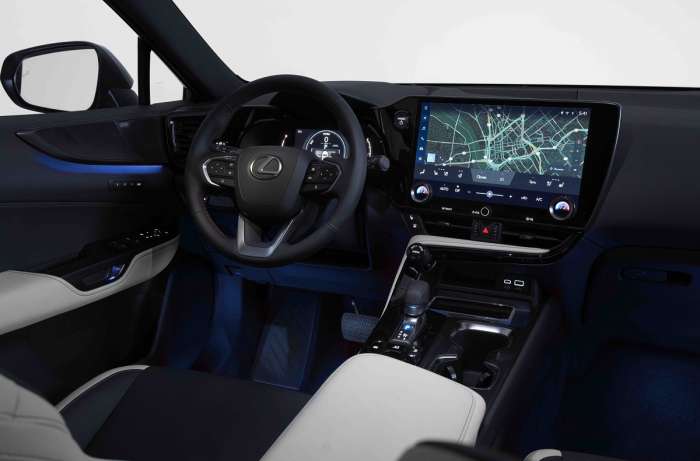 New NX Infotainment System
Thankfully, Lexus has dropped the silly man-machine interfaces aka mouse pads, for the new NX. The touchscreen looks simple to use and there are volume and tuner knobs in the images if we see them right. The screen is larger and updated. The NX will feature wireless Android Auto and Apple CarPlay.

NX Moves To Run-Flat Tires
We reached out to Lexus to find out if the NX will have a spare tire. The answer was, "No." Instead, Lexus will fit run-flat tires. While run-flats certainly offer a solution to get you home in the event of a puncture, we are not thrilled with this change. Run-flat tires are more expensive than conventional tires, offered in fewer winter tread options, and do not provide a solution to a large puncture or sidewall damaged tire.

Related Story: We Try BMW Run Flat Tires And Give Them Two Thumbs Down

We will update our overview of the new NX when more details emerge. Watch for the new NX to begin arriving at your local Lexus dealer this coming late summer or fall.

Mark Day wrote on June 14, 2021 - 1:01pm Permalink
With all the references to the RAV4 Prime, is the NX simply a gussied up RAV4 Prime? Regardless, it's a significant improvement over past NXs. Lexus using the inferior mouse pad, had me questioning Lexus engineering/quality assurance, and maybe wisdom.
Steve Field wrote on December 24, 2021 - 12:07am Permalink
is there a space for a donut spare so when the run flat tires get changed to regular tires, I want a spare. I hate run flat tires. had them on my GS 450 h. They needed replacement at 11,000 miles. Like the 350h.
Harold wrote on April 11, 2022 - 11:22pm Permalink
We were at the sign the ordering document moment when I thought to ask about a spare tire. The salesman didn’t know if there was a space for a spare on the PHEV version of this NX, so I went to my car, called the dealership, and asked to speak to the service manager. He told me there was no space for a spare. He then told me Lexus had specified a specific configuration for the run-flat tires on this vehicle. He also told me the dealership had to order one for a customer and it took two weeks to receive the tire. I have heard the Toyota RAV-4 does not have run-flat tires and does have the mini spare. Drive a more luxurious and expensive car and take the chance of being stuck in a hotel in the middle of nowhere waiting for a replacement tire?!? NO THANKS!